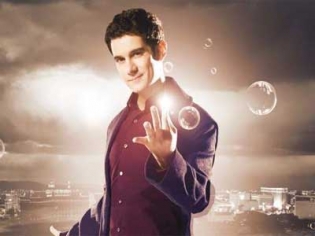 You can save 52% on tickets to Xavier Mortimer's Magical Dream today! Book online for the best price.

Book your tickets now to receive up to $38.  Be sure to compare all offers to get the best rates for the show date/time you wish to attend.

Xavier Mortimer brings his unique combination of comedy and magic to Vegas in the dream he creates for his fans.

Mortimer gained fame for his performances on “America’s Got Talent” and his ensemble role in the hit Cirque du Soleil stage show “Michael Jackson ONE.” He now brings his talents to a show that inspires wonder and laughs as his story unfolds in 14 acts. He wows audiences with his physical comedy and stunning illusions, and he even composed the music for the show! Enter his dream world inhabited by a cast of unconventional characters and go on an adventure that you will never forget. In a class by himself, Xavier’s innovative show sets a new standard for magic! Filled with unique illusions and stunning visual effects, you will want to return a second time!