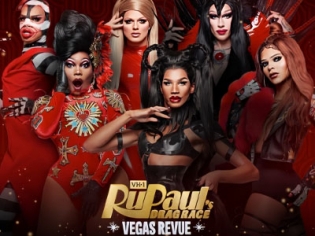 See RuPaul's Drag Race Live! at Caesars Palace Las Vegas today. Book online with these exclusive rates and save! Be sure to compare all ticket offers against the show dates you wish to attend to get the best rates. Pay attention to the final rate AFTER taxes and fees.

Racers, start your engines, and may the best drag queen win in this live Las Vegas version of the iconic reality competition show.

You better work your way down to RuPaul’s Drag Race LIVE! Las Vegas, one of the fiercest, wildest, and sassiest shows on the Strip. Inspired by the smash-hit reality TV show of the same name, and featuring many of its former contestants and winners, the live stage show promises a night like no other. Watch as the world’s liveliest and cheekiest drag queens sashay away down the runway, bring the house down with their comedy antics, and face off in unforgettable lip sync battles. Snatch up a meet and greet upgrade and you’ll enjoy an intimate audience and photo with the queens.