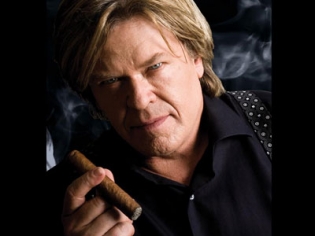 Ron White is a Southern comedian from the popular Blue Collar Comedy Tour. His down home jokes will have you laughing all night. Book your tickets to see Ron White online.

Comedy man, with scotch in hand, Ron White is sure to please. Reserve your tickets online today from just $93 before fees and taxes! This show takes place inside the Mirage Showroom and is guaranteed to make you laugh.

Ron White, best known from the Blue Collar Comedy Tour, is also an author, Grammy nominee, and TV performer. Known for his trademark cigar and scotch in hand, he will regale you with southern humor about his life.

“Hell Yeah!” That’s what you’ll be saying after you see Ron White perform at the Mirage. His comedy bits will have you laughing, and his facial expressions alone are worth the price of admission. There’s not a bad seat in the house at the Mirage Theatre, so you can watch him and hear his raspy, smoky, scotch-laden voice talk about his southern Texas upbringing and his observations on life in general.

You may have seen him perform with the Blue Collar Comedy Tour or heard his bits on his CDs and DVDs, but this show has a lot of new material for you to enjoy. Put on your boots and loosen up that belt buckle for a rip-snortin’ good time with Ron White.