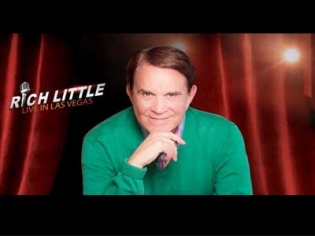 The Master Impressionist returns to Las Vegas in his own show at the Laugh Factory in the Tropicana. Book tickets now for this limited run.

Name a famous person or a celebrity and chances are Rich Little can mimic them without any preparation. A comedy icon of the 1970s, he appeared on many TV shows and is known for his spot-on impersonations of such well-known figures as Ronald Reagan and Frank Sinatra. He is also a master comedian—you do have to be funny even if you’re mimicking celebrities! Throughout the show, he reminisces about his career and tells intriguing stories about all the celebrities he has met. This show is nostalgic and you will be entertained by all the old videos he shows of past performances. A definite must-see if you are over 50!