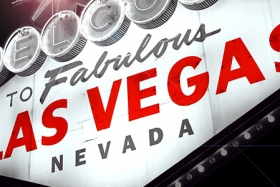 We recently took a look at the Work From Vegas packages available at Aria and Bellagio. Since that time, I’ve been thinking about this concept. I used to take days to work from a casino-resort prior to the COVID-19 pandemic. Even though I live in Las Vegas the change in scenery shakes up the mind and helps increase my productivity. Of course, increased productivity is negated by gambling sessions when leaving the room to grab a meal or snack. Having said that, the different environment lets the creative juices flow. It doesn’t hurt that I write about Las Vegas casinos for a living.


Like many of you, I’ve been working from home for the past six months. It’s time for me to start spending more time outside now that high temperatures are in the upper 90’s and low hundreds. I’ve already started and recently visited a local bar for Happy Hour. Damn, I missed drinking beer somewhere else.

Personally, I’m still a little shy about reentering the real world so baby steps will be required. I’m really just beginning to think about this for the first time. Today’s blog post will be sort of free-thinking so be patient as I go through the options.

Here are my considerations beyond just having room to work without sitting in bed:

When to stay at a casino

Frankly, large spaces with strangers don’t interest me. My work from Vegas experience will take place during the slower weekdays. The vast majority of tourists in Las Vegas are driving from nearby states on the weekend so the weekdays should be slower.

According to the Las Vegas Convention and Visitors Authority, hotel occupancy was about 37% during the week and 54% on the weekend. This is perfect as I’m already thinking of a weekday stay.

The same study shows that both the Vegas Strip and downtown Las Vegas occupancy was just under 42%. Overall occupancy for July was 42.5% so the hotels in the surrounding areas of Las Vegas had a few more people staying during the month.

I’d like to spend some time outside because this is a great time of the year to be out and about in Las Vegas. I’m also lazy so walking to an outdoor workspace probably won’t happen. If I stay downtown going to Downtown Container Park is possible but doubtful. This probably rules out downtown Las Vegas since there aren’t many outdoor workspaces that aren’t at a pool.

On the Vegas Strip, I could spend time working, eating and drinking outdoors at The Linq, The Park and other hotels. In the suburbs, casinos like Red Rock and Rampart (J.W. Marriott) have outdoor seating at restaurants and even some public spaces.

Wifi speed is important since this is a working “trip.” That knocks The Mirage off the list as the wifi is sketchy at best.

Dining options on the Vegas Strip and Off-Strip

As I mentioned above I prefer to eat outdoors. I’d also consider bringing food back to the room. There are plenty of outdoor and takeout dining options at the hotels on the Vegas Strip. There are fewer options at the off-strip casinos but they exist.

Not all restaurants are open now, so it’s really a matter of what’s available at a given hotel-casino. This is going to take some research but off the top of my head, I think J.W. Marriott and the Cosmopolitan might have good options outside or to go. The latter also has terrace rooms with great views and fresh air. Between the to-go options and terrace, the Cosmopolitan might be the right place for a relaxing day or two out of home.

New York-New York and Park MGM have easy access to The Park with outdoor dining and work spaces. The Park has plenty of seats and tables where I could just sit work without being bothered about buying more food or coffee.

I’m not looking to hang out with a lot of strangers and would rather not be where the masses visit. That’s probably a checkmark to the off-strip properties but occupancy is about the same everywhere so maybe not.

Then again, if I’m staying in the room working most of the time the crowds won’t matter too much beyond getting food and maybe gambling a little. Again, if I’m keeping to myself a room at the Cosmopolitan might make sense. Red Rock has large rooms with ample workspace so that could be another option.

Thanks for letting me work through this with you. I’ve narrowed the options to a few on and off the Vegas Strip. While I mentioned a some properties, my list of contenders is a bit larger right now.

The Cosmopolitan, New York-New York, Park MGM, Vdara, Delano and The Linq are all on my Vegas Strip short list. Red Rock and J.W. Marriott/Rampart are the only off-strip properties that make sense right now. There could be others but I don’t think traveling to Henderson to stay at Green Valley Ranch or M Resort is in the cards.

This exercise isn’t just for me. Hopefully, it helps anyone looking to get back to Las Vegas. I’ll follow this up with a work from Vegas report after I make a choice and take a couple of days to work remotely.