With March Madness Coming Planning Is Everything 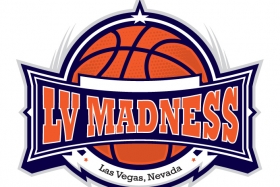 The Super Bowl was just played but sports fans are already looking ahead to the next big sports weekend in Las Vegas. Super Bowl weekend has been the busiest sports weekend of the year in Las Vegas for years but that may be changing. The first weekend of the NCAA College Basketball Tournament (AKA March Madness) is charging hard for the #1 spot to be the busiest time in Las Vegas for sports fans. Not only does March Madness have a lot of excitement for sports fans but it falls on or around spring break and Saint Patricks day. If you’re not hitting the beaches for Spring Break then you might as well have a little too much fun in Las Vegas!

The first weekend of March Madness takes place March 20-23 this year. Thursday, March 20 and Friday, March 21 each have 16 games taking place beginning at 9am. During peak periods of each day there will be 4 games happening at once. It truly is madness for sports fans. The action slows down a little on Saturday and Sunday when there are only 8 games per day. The relative tepid pace will only reach 3 games on at once.

The game action of these 4 days absolutely shreds the 4 hours that the Super Bowl is played. If you like chaos in the casinos these are a great four days to be in Las Vegas. The energy is really incomparable to any other sports weekend in Las Vegas. Why? One word – youth. College basketball and spring break attract a more youthful crowd than the Super Bowl. It makes sense.

Hotel rooms will be more expensive in March than ever before and it’s not only because of March Madness but what leads into March Madness. There are no less than 3 college basketball tournaments that take place in Las Vegas the weeks before March Madness. Each school that participates in the conference tournaments has to stay somewhere as do the team staff’s, family and friends. This makes hotel rooms in Las Vegas more scarce than normal. If you’re considering considering a trip to Las Vegas in March, and haven’t booked or held a room you might want to move quickly before the already high hotel room rates go higher.

If you’re in Las Vegas during March Madness for the basketball games and only the basketball games you’re going to want to be up and at em early as the first games begin at 9am. Sportsbooks are already crowded by game time so if you want a seat you’ll want to be there earlier. Sending one person to the sportsbook to hold chairs is frowned upon and may lead to fisticuffs. Seriously. I’ve heard stories of people paying the homeless to sleep in chairs so they didn’t have to wake up at sunrise for the games. March Madness is fun but it’s no joke.

If you like to wager on the games you might want to open a sports wagering account so you can stay in your comfy chair to get in on the action. We detailed the different options sports wagering apps last year.

If you’re more of a partier than a sit-in-the-sportsbook person then you’ll be happy to know that there are almost as many parties for March Madness as there are for the Big Game. Whatever your purpose for being in Las Vegas the weekend of March 20-23 you’re bound to find more fun than normal. Just book in advance if you want to save a few bucks.