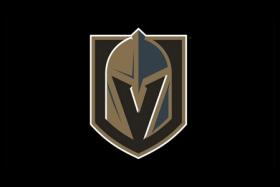 It feels as though Las Vegas has been working on having a professional sports team to call its own forever. Those dreams became a reality when the NHL awarded Las Vegas an expansion team earlier this year. However, the expansion team was granted before a name was hatched. Well, the team now has a name.

The Vegas Golden Knights will drop the puck on their first season at the T-Mobile Arena behind New York-New York in 2017.

The name “Vegas Golden Knights” comes with a little controversy. First, they dropped “Las” before “Vegas.” Not only does it sound a little weird (think about dropping San from Diego or Francisco) but the Las Vegas residents prefer their city called “Las Vegas.”

Additionally, it’s been pointed out repeatedly that the Knight fights for his King. The Los Angeles Kings are one of the closest geographical rivals. This could create some interesting headlines as the Las Vegas expansion team gets off the ground.

Here’s the logic about how ownership came to choose the Vegas Golden Knights as the name for the NHL team. Team owner, Bill Foley, explained that “We want our team to be known for dedication, honor, strength, courage and a commitment to never give up – both on the ice and off,”. “We want our team to be committed to teamwork, service to this great city and integrity in all things – and we wanted a name and logo that represented all of this and was unique to Las Vegas and our community. Vegas Golden Knights is that name.”

The team’s colors are steel gray, gold, red and black and are intended to reflect the community and the focus of the team. The team explained the choice of colors. According to the the Golden Knights:

I was born on the east coast and always thought that Nevada was the Silver State because of its silver production. That might not be the case today. Wikipedia says that Alaska actually produces the most steel in America. The nickname for Nevada is indeed, The Silver State, and dates back to the silver rush days of the mid-1800′s. State Symbols says “At that time silver was literally shoveled off the ground in Nevada.” Regarding gold, Wikipedia states that “Most gold produced today in the US comes from large open-pit heap leach mines in the state of Nevada.” Thank you hockey for teaching me something today!

Some Vegas Golden Knights apparel is available at NHL.com today. I hear that the official team jersey will debut at the NHL draft next year. If you’re a collector of sports memorabilia you might want to purchase something with the name “Vegas Golden Knights” this year.

I don’t think you’ll see merch with this name on it in a year or two. I see a couple different potential changes. First, I can see a future where there will either be a “Las” included in the name and the team will be from “Las Vegas.” Secondly, I think the fans will shorten the name to just “Knights.” Merchandise will likely follow either or both of these changes.