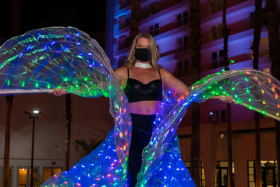 Mohegan Sun Casino at Virgin Hotels Las Vegas is open for business! The 60,000-square-foot casino and hotel are mostly open to the public. The newest casino in Las Vegas was built using the foundation of the former Hard Rock Hotel and Casino. The pool and entertainment venue formerly known as The Joint will open soon. The sportsbook is open for watching games but won’t be taking wagers until early summer.

The all-new Virgin hotel and Mohegan Sun casino officially opened their doors on Thursday, March 25, 2021, at 6 p.m. The evening started with a ceremonial door unlocking. Executives from all companies involved with the transformation of the Hard Rock to Virgin/Mohegan Sun were on hand to say a few words and welcome celebrities, tourists, and local guests. 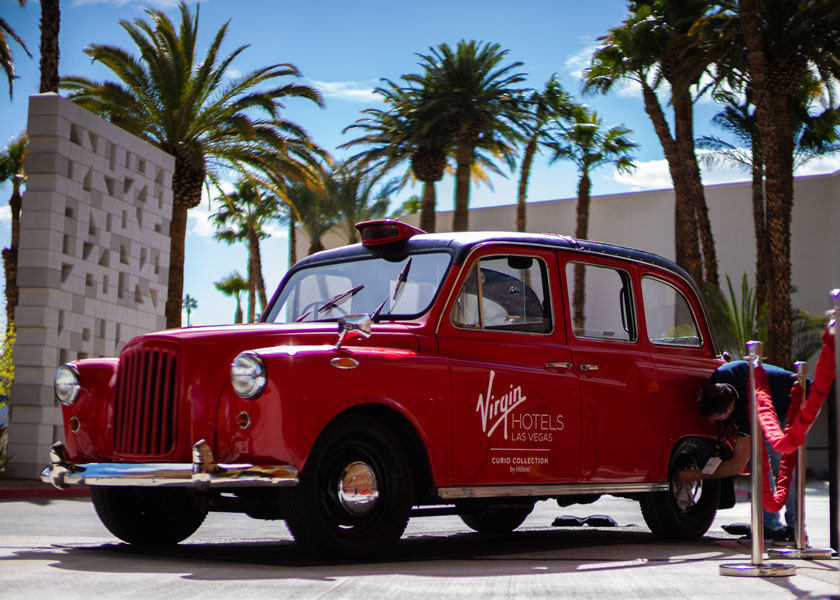 This was a grand opening with celebrities, roaming musicians inside of the casino, and circus performers outside.

Let’s get this party started! pic.twitter.com/FQ6cMDVWha


After the opening ceremony was complete the property opened the doors to the Mohegan Sun Casino for the first time. Guests mingled with celebrities playing the 650 slot machines and over 50 table games inside the casino.

Celebrities on hand for the opening include actor and TV host Mario Lopez who tossed the ceremonial first dice roll at the craps table. Matt James from “The Bachelor” and Chrisell Stause of “Selling Sunset” and “Dancing with the Stars” were spotted playing both blackjack and craps. 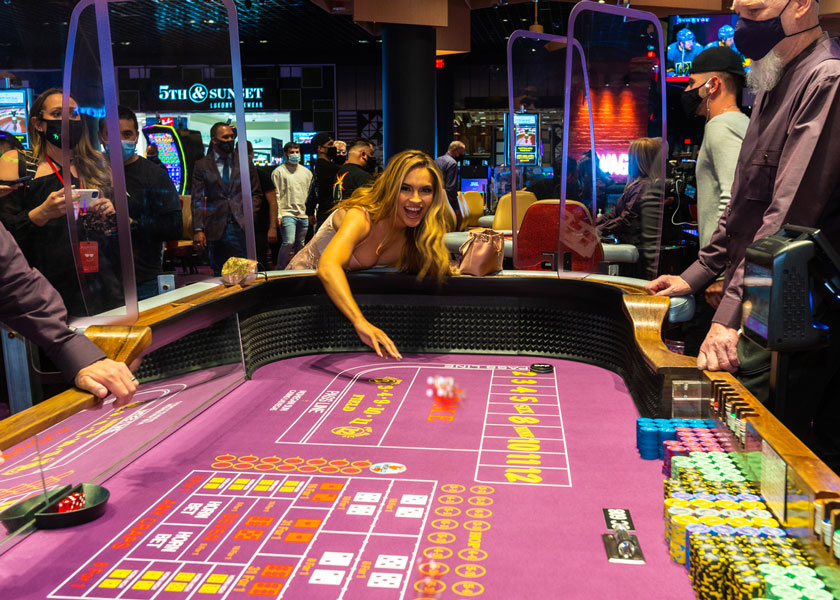 Stars of “Vanderpump Rules,” Tom Sandoval and Tom Schwartz enjoyed cocktails at Desert Star Bar. It should be noted that the Vanderpump Cocktail Garden is on the Vegas Strip at Caesars Palace.

“Real Housewives of New Jersey” star Melissa Gorga was with husband Joe Gorga and friends celebrating her birthday at One Steakhouse.

This is a property with multiple partners and various rewards programs. Virgin Hotels has its own loyalty program. The hotel is part of the Curio Collection by Hilton which means guests from around the world have another Las Vegas hotel in this massive rewards program. Lastly, the casino is operated by Mohegan Sun which has its own rewards program for gamblers.

Many guests on opening night visited the rewards desk and kiosks to sign up for the Momentum Rewards loyalty program. The casino players club originated at Mohegan Sun in Connecticut and is now connected to other properties in the country. Members earn Momentum Dollars to spend on dining, shopping, hotel stays, spa treatments, partner benefits, and more.

Guests who don’t gamble can also sign up for Virgin Hotels’ The Know and Hilton Honors reward programs.

Mohegan Sun promised to deliver Las Vegas with the good gaming conditions found at its flagship casino in Connecticut. It appears as though they delivered on that promise with fair gaming rules.

The roulette games have a single zero or the more traditional double zero. This is another advantage to players who more frequently nowadays have to navigate through a roulette game with an additional slot for three zeros or a logo. The latter game doesn’t pay more than the others which means players will lose money faster.