Using Social Media To Your Advantage For Vegas 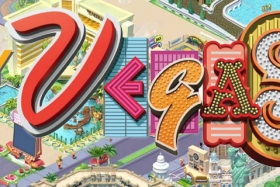 Most games played on Facebook incorporate some form of social activity. You may build a farm and share it or throw a virtual sheep at a friend. MyVegas is the first social game available by one of the major casino companies. MyVegas has slot machine and blackjack games developed and operated by PlayStudios for MGM Resorts International for use on Facebook. This sounds like press release mumbo jumbo but the basics are important to know for the uninitiated. Basically, MyVegas is a handful of slot machine games where you can earn points to be used at a variety of MGM hotels in Vegas. Most people play the game for free with tokens offered for every day in the game but some people opt to pay for extra tokens.

While MyVegas is a game for MGM Resorts properties in Vegas they do not run the day-to-day operation of the game and MyVegas isn’t affiliated with MLife, MGM Resorts players club. Everything earned on the game is separate from the comps and points you earn when you gamble or spend money in MGM casinos and hotels. That’s the technical stuff.

The better prizes on MyVegas, to my dismay, are saved for non-Vegas residents who will visit once or twice a year. Free rooms are the most attractive freebies since that’s, generally, one of the more expensive parts of a Vegas vacation but points can be redeemed for meals, drinks, show tickets and more. The prizes in MyVegas are limited and updated every morning so once something is sold out there will be something similar new filled into that spot when a gift is “sold out”. Playing the game won’t get you a free Vegas vacation but it will allow some cool free stuff to save you money at the MGM Resorts properties in Vegas – Aria, Bellagio, MGM Grand, Mandalay Bay, The Mirage, Monte Carlo, New York-New York, Luxor, Excalibur and Circus Circus.

MyVegas is constantly tweaking it’s formula for prizing so one day you may be able to get a suite at Aria for 100,000 points the next day that prize will be removed or cost twice as much, for example. It can be frustrating at times but then you remember that this game costs most people nothing but their time and all is well.

I don’t think there’s a way to game the game, so to speak, with MyVegas but there are multiple groups on Facebook that share tips and tokens. Just search MyVegas.

MyVegas isn’t perfect but it’s a fun and rewarding way to pass the time. Being able to get rewards for social gaming is good but being able to get rewards for Vegas while playing these games is great. Social gaming is relatively new and MyVegas is the first of it’s kind for casinos. It’s a concept that will be replicated by other casino hotels in the future. Vegas marketing people often copy other successful or popular campaigns and try to improve on them. Looking into the future, I can see Caesars Entertainment or Station Casinos building out a game that incorporates their massive players clubs.

MyVegas is the first social game for casinos but it’s not the first way to get social rewards. Before coming to Vegas you can sign up for social rewards programs like Top Guest and Social Rewards to get freebies at most Vegas casino hotels. Both companies offer comp items for tweets and/or checkins for a variety of properties. Using foursquare or yelp to check in to hotels, restaurants and bars when you’re in Vegas is a great way to get freebies or discounts at those locations.

Between apps, games, rewards programs and players clubs there are a lot of ways to get free and discounted things on your next trip to Vegas. Vegas done right can get expensive so why not save a few bucks where you can so you can enjoy more of what this awesome town has to offer?