by marc / Thursday, 28 June 2018 / Blog Category: Everything Vegas and Nightlife. 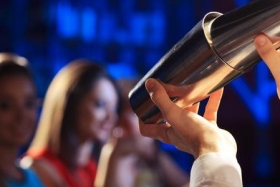 New bars open on the Vegas Strip all the time. However, these two new themed bars aren’t just new places to grab a drink. Each should attract visitors because they’re both “Only in Vegas” kind of experiences. Let’s take a look.

The Hangover Bar at Madame Tussauds (The Venetian)

Museums aren’t for everyone. Museums in Las Vegas might be for even fewer people. Madame Tussauds wax museum at The Venetian might change your mind. The attraction recently added The Hangover Bar for guests of legal drinking age all to enjoy. Yes, the Vegas Strip museum now includes an attraction where you can drink.

Guests at The Hangover Bar will be transported to the scene from the movie where Phil, Stu, Alan, and Doug’s rooftop toast that kicked off the wild series of events that take place throughout “The Hangover.” This is more than just another wax attraction at Madame Tussauds. This is a full-service bar.

The bar is designed to remind guests of the scene in the movie. Industrial design elements should invoke the memories of the roof of Caesars Palace where the scene takes place. Specific features include ducting tables and pipes, an aircon feature, an LED backdrop of the world-famous Las Vegas skyline, and more.

“We’re always looking for new ways for guests to interact within the attraction,” said General Manager Gabriel Hewitt. “The Hangover Bar is a natural extension of The Hangover Experience, allowing guests to order up drinks and toast to a time in Vegas they’ll never forget, all against a stunning LED backdrop of the city.”

The Blue Moon Bar is new but it’s not quite a brand-new space. The new bar essentially replaces the old circular bar in front of Zappos Theater (formerly Axis Theater) at Planet Hollywood. The new bar will include Blue Moon’s flagship beer, Blue Moon Belgian White, as well as seasonal and limited-release beers from Blue Moon Brewing Company.

Guests will also have the unique opportunity to order exclusive offerings usually only available at Blue Moon’s River North Brewery in Denver, Colorado. Non-beer drinkers can also enjoy a drink in the new bar. In addition to a variety of beers, the bar will also feature a line-up of select seasonal beer-based cocktails.

In addition to the beer, the Blue Moon Bar has one feature the bar near the Zappos Theater didn’t have. The new bar will have video poker.