by marc / Thursday, 16 November 2017 / Blog Category: Everything Vegas and Food. 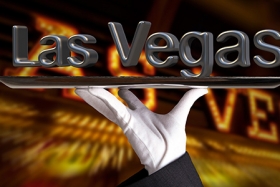 Restaurant Business Online has been releasing a list of the Top 100 Independent Restaurants in America since 2014. This is a twist on the normal restaurant lists you often see. This is an industry trade magazine and not entirely intended for consumers. The list isn’t based on the food or anyone’s particular experience at the restaurants. The data used does show how popular these restaurants are.

Gross sales at the Las Vegas location of Tao in 2016 were $42,470,345. There were approximately 226,146 meals were served during the year. Tao Las Vegas actually served fewer meals than any other restaurant in the Top 10. The average check at Tao was $90 in 2016 and really helped push Tao to the top of the list. This check is on the high side of the Top 10 being bested only by Tao and Smith & Wollensky locations in New York City. Remember, Tao in Las Vegas isn’t just a restaurant but it’s also home to one of the most popular nightclubs in the city.

This list always has a few surprises. When I first saw this list years ago the high ranking of Joe’s Seafood, Prime Steak & Stone Crab at the Caesars Palace Forum Shops surprised me. This isn’t a restaurant that is talked about very often.

Joe’s is a popular restaurant name from other cities like Chicago and Washington DC. The familiar name and relative affordability of restaurant make it a hot spot during conventions in Las Vegas. The brand name, quality food, good location, and fair prices make this a restaurant that’s almost always busy and in high demand.

The biggest surprise on the list this year is Aria Cafe. The restaurant has a small check size but Aria Cafe served approximately 700,000 meals last year. That’s a lot of action for a traditional casino cafe. When Aria finishes the new convention space this could become an even bigger revenue generator for MGM Resorts.