by marc / Wednesday, 27 November 2019 / Blog Category: Everything Vegas and Gaming. 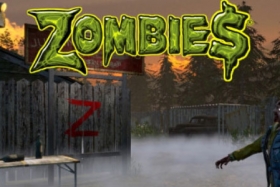 The Global Gaming Expo (G2E) was in Las Vegas recently and featured the latest and greatest in casino games. We rushed to get pictures of the new slot machines that you should see in casinos in the next year. Branded slot machines aren’t the only gaming trend that will continue.

Skill-based gaming is back! These games were introduced a few years ago to a rather muted response. The return of skill-based games comes with a small twist (that’s not really a twist). Call the new games “Skill Gaming 2.0,” “Skill-Influenced,” or anything you want. The new skill-based casino games are a new version of casino games that involve skill.


The major change from the original skill-based gaming is transparency. The original games led casino players to believe they could actually win if they played games using a skill. After a couple of years, there seems to be a bit of a change in tone.

The new skill games may allow players with a skill to lower the house edge. However, there will always be a house edge for the casino. These games are not beatable. Rather, the new skill-based games are entertainment.

Someone might win in the short term but over time, the house edge will always lean in the favor of the casino. Like slot machines, and skill-based games 1.0 these are unbeatable. They’re simply in casinos to provide a different gambling experience for people who don’t like table games.

If you’ve been to Planet Hollywood, you may be familiar with the Gamblit TriStation games that were introduced last year. More skill influenced games from a new manufacturer, Synergy Blue, are being tested at Palms and Red Rock Casino.

“We’re very excited to introduce our games to the Las Vegas market and to be working with Station Casinos,” said Georg Washington, CEO of Synergy Blue. “This agreement marks a key milestone for our company and the Las Vegas market, as we work together to progress the industry with engaging new experiences.”

A Station Casinos rep had some kind words to share about the new games. “Synergy Blue’s HAWG platform and gambling solutions are incredibly unique, both in the flexibility, they offer our operators and the variety of arcade-style gameplay they offer to guests,” said Roger Pettersson, VP of Corporate Slots at Station Casino.

He went on to say that “we see huge potential in skill-influenced games and we’re proud to have Palms and Red Rock Casinos offer Synergy Blue’s products to the Las Vegas public.”

Will the new skill-based games work? Let us know if you try them!