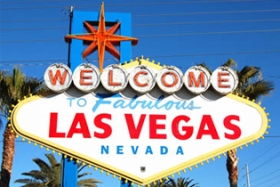 Las Vegas is great because there’s always something happening. There may be a new show opening tonight and there may be an announcement of a new show opening in two years and everything in between. We hope to keep you up to date on all of the big news happening in Vegas that may effect your trip this weekend or your next trip in a year. Every week we’ll compile notes of what’s happening in Vegas that you should know. Here are this weeks news highlights in Vegas.

- Hotel rooms in Las Vegas are renovated about every 5 to 6 years and Rio just started to update almost 400 of their suites. You can see a rendering of the new Samba Suites at the POV Blog.

- “Drive In Movies” has returned to The Cosmopolitan of Las Vegas where you can watch movies at the Boulevard Pool overlooking the Vegas strip. They’re upping the ante by offering double features beginning on May 27th. Entry is $3 for non-hotel guests. You can find the complete list of movies at Las Vegas Weekly.

- If $3 movies on the Vegas strip on a Monday night isn’t to your liking and you prefer free movies off the strip you can catch free movies outside at The District in Henderson near Green Valley Ranch on weekends. Click here for listings of movies like “Willy Wonka and the Chocolate Factory “will be shown.

- Speaking of Green Valley Ranch they open a new bingo room on May 13. If you prefer slot machines to bingo keep an eye out for the new “Let’s Make A Deal” shot machines coming to your favorite casino soon. If you’re in Vegas on May 25th you can catch the UEFA Champions League finals at most sportsbooks. If you prefer going outside of the casino Hofbräuhaus may be the perfect setting for the all-German final action between Bayern Munich vs Borussia Dortmund.

- If you’re in Las Vegas for the shows you can catch the new Jabbawockeez show PRiSM beginning May 18 at Luxor. A limited run of the show”Priscilla Queen of The Dessert” begins at The Venetian on June 18th and runs through August 31.

- Cirque Du Soleil’s Michael Jackson’s “One” opens June 21 but they did a preview of the show for the Vegas media. Vegas Chatter has a sneak peek with plenty of pictures and information on the show.

- If you’re more entertained by athletes than actors and dancers the NBA Las Vegas Summer League schedule was just announced. Games will be on campus at UNLV. You can learn more about the Summer League’s new format on NBA.com.

- Last, but certainly not least, if you’re in Vegas this weekend Lee’s Liquor has their annual beer and Tequila festival at LVH on May 11. If you’re over 21 visit LeesLiquor.com for more information.