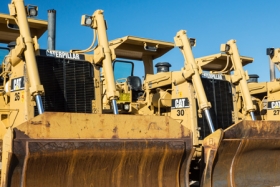 The US economy is getting better and MGM Resorts is planning that the economy will continue to grow. MGM Resorts has already begun major renovations to their hotels and casinos on the south end of the Vegas strip and they have more new projects happening now and in the future. Changes begin all the way to the south of the strip at Mandalay Bay and head as far north as Aria.

If you’ve been to Mandalay Bay this year you’ve probably seen some of the renovations that are already complete but there is still more to come. One of the new dining options at Mandalay Bay includes Citizens Kitchen which replaced Red, White and Blue. You’ll also see that Mandalay Bay has a new nightclub powered by Cirque Du Soleil called Light. It’s sister dayclub called Daylight opened Memorial Day weekend. TheHotel is being rebranded as Delano Hotel and will begin taking reservations next year.

Heading next door to Mandalay Bay you may remember that Luxor recently began work on a full fledged outdoor concert and festival area. This is taking place behind the hotel so you’ll never know it’s being worked on. Heading north on the Vegas strip you’ll be able to see the bulk of the MGM Resorts construction.

MGM Grand just finished construction Hakkasan nightclub which snarled traffic for months. Now that the nightclub has finished much of the action has moved across the street to New York-New York and Monte Carlo where both hotels are undergoing major transformations.

A new 20,000 seat arena behind Monte Carlo and New York-New York is the main reason for much of the current and future construction in the area. Construction that you’ll see today is being designed, in part, to draw you towards that arena. A park-like area is being built so that you can eat, drink and mingle outdoors on the way to the arena. When construction is complete you’ll be able to grab a burger at Shake Shack, a cup of coffee from (my favorite coffee shop in Vegas) Sambalatte and a drink at Double Barrel Bar. These are just highlights of many new places in this park-like area.

In front of the two hotels you’ll see that the frontage is currently being worked on. Some new things that you’ll see in front of New York-New York and Monte Carlo include an expanded Nine Fine Irishmen pub with outdoor patio and a Hershey’s Chocolate World. These are major renovations that will change the way the strip looks and is experienced when completed. Traffic on the strip will only be bothered here for another year or so.

Continuing the MGM Resorts renovation march north you’ll notice small changes to CityCenter. CityCenter is still relatively new some the changes aren’t drastic. The first change is that there is no more “CityCenter” name on anything. Everything will now be known by its own name. For example, Aria is now being treated as a casino and hotel and not just part of a 5 building complex. Aria is set so far back from the strip that many people walking the strip will never see it. There is no way you can miss the giant Aria marquee on the Vegas strip that just went up. Inside Aria you’ll notice some names changing. Bar Moderno is now called Lift Bar, which should not be confused with View Bar.

MGM Resorts is refacing the south end of the Vegas strip that I grew up visiting and while it’s causing headaches with traffic jams today it’s bringing some new and interesting things to the Vegas strip. Change is wonderful and I hope that the new 18 foot tall peanut butter cup on top of Hershey’s Chocolate World is as awesome to the strip as I imagine it would be.