by marc / Monday, 17 February 2020 / Blog Category: Everything Vegas and Gaming. 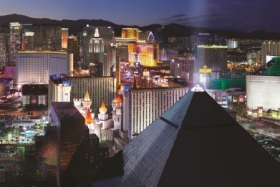 MGM Resorts is making moves…most of which won’t affect your next visit. In early 2019, MGM Resorts formed a committee to evaluate its real estate portfolio. After reviewing its assets, the committee decided to take an asset-light approach for most of its US casino operations. This year, the CEO of the company decided to step away from his post. Coincidence?

Back to the casino sales. Asset-light means that MGM Resorts decided to sell the land underneath some of its casinos. The international casino operator started selling land in Las Vegas along with another Las Vegas casino entirely. This allows the company to focus on being a casino operator while generating more revenue for its stockholders.

In general, these deals aren’t all that exciting but it’s something to be aware of for those that love to know everything about Las Vegas. Once you digest all of these sales, get ready for more. Last year MGM Resorts mentioned that they’re considering selling Aria and Vdara in similar deals.

MGM Resorts announced the sale of Bellagio to Blackstone Real Estate Income Trust (BREIT) in October 2019. The deal has closed and MGM Resorts received a 5% equity interest in the joint venture (BREIT) and cash of approximately $4.2 billion.

MGM Resorts has a long-term lease on Bellagio so there shouldn’t be any major changes at the property. Bellagio remains one of the top-tier properties of MGM Resorts’ M Life Rewards players club.

MGM Resorts started off the new year with another real estate deal. This time the casino operator announced the sale of both MGM Grand and Mandalay Bay for $4.6 billion. This real estate deal is between MGM Growth Properties (MGM’s Real Estate Investment Trust) and BREIT.

This sale has a lot of deal points that might be interesting for anyone that’s curious about the real estate business. I recommend reading the press release if you’re into that.

The rest of us can just recognize that this is a similar real estate deal to Bellagio. MGM Resorts has a long-term lease for both MGM Grand and Mandalay Bay. There shouldn’t be any major changes at either property. Both properties remain part of the M Life Rewards players club.

MGM Resorts announced the sale of Circus Circus and the adjacent land to Treasure Island owner Phil Ruffin. This sale included the land, casino, hotel, RV park, and 37 acres of land that was home to the Las Vegas Festival Grounds. Unlike the other casino sales, there will be changes at Circus Circus.

The casino transformation is already underway. Ruffin upgraded gaming conditions with better blackjack and roulette rules. While hotel rooms won’t be updated, there will be a new sportsbook in time for the beginning of March Madness. In various interviews, Ruffin has said he plans to renovate the Slots A Fun casino as well.

He’s also replacing the RV park with a massive pool complex similar to Mandalay Bay. There will be a new theater built with the intention of being home to a new Cirque du Soliel show closer to the Vegas Strip.

Lastly, Ruffin will take his time developing the 37-acres of land next to Circus Circus. He previously said that he’d like to build a family entertainment complex with another company. This won’t be a quick build but would be a good fit for the affordable family-friendly casino-hotel.