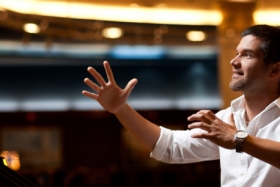 Enduring folk wisdom claims that slot machines near a casino’s entry door pay better than those deeper within. A former vice-president at the Tropicana hotel in Las Vegas once said that their entryway machines and those nearest the elevators paid more freely because they lured customers into not only visiting the casino, but staying overnight when they vacationed in Vegas.

Many people believe the casinos still adhere to such practices, but it may be an inaccurate perception. Early slot machines, also known as pokies, operated using mechanical reels and were vulnerable to fraud. Further, each reel originally held ten symbols on each of the three reels, allowing for a potential 1,000 possible outcomes. Because a jackpot spin would happen every thousand times it was played, jackpot sizes were also limited. Even though the number of symbols on each reel was more than doubled in later versions, the odds remained limited to about one jackpot payout for every 10,000 spins.

With computerization, slot machines have evolved from one-armed bandits to armless robbers. There are more than 16 million combinations possible on many of today’s machines, making them far more profitable for casinos than the machines of yesteryear. However, these pokies are controlled by computer chips and software with sophisticated anti-fraud methods. In theory, only the machine manufacturer is able to access the innards of the machine to alter payback rates and statistics.

Despite being more tamper-proof, slot machines are highly scrutinized by gaming authorities worldwide. In Australia, minimum paybacks are required. Queensland pubs must average a payback rate of 85%, and casinos 90%. This means that on a $1 wager machine, it can keep only $15 or $10 after 100 spins, depending on whether the player is in a bar or a full-fledged casino.

In Las Vegas, the Nevada Gaming Commission’s requirements are stringent. Any device used for gambling must operate based on ROM (read-only memory) programming and demonstrate an ability to detect 99.9% of any system problems. Their statutes also require that the slot machines must be incapable of having their payback rates changed without an actual hardware or software change, with appropriate record-keeping, and that records of at least ten games be accessible at any given time.

Since the machines are ordered in groups of several at a time, with payback rates consistent with the casino’s normal payback pattern, it appears logical that all the pokies you can find would comply with that casino’s payback rate.

Nonetheless, there’s no guarantee. Slots expert John Robison says at industry events, “placement” pertains to making the gaming floor a comfortable place where patrons want to stay. However, he recounts an instance where a casino purchased used machines with a lower payback ratio than others in his company. “He said that he had read all the theories about slot placement in the books and put the machines in the places where the books said the loose machines would be. No player ever complained that the machines were tighter than others of the same denomination.”

Robison concludes that while it’s unlikely that looser machines are placed at entryways any longer, it probably won’t hurt to play a machine that’s located where the “good” slot machines are rumored to be. So whether it’s an urban legend or not, have fun. Good luck!