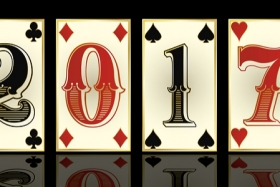 New Year’s Eve is the busiest time of year in Las Vegas. There will be over 300,000 people visiting just for the events surrounding the day. Add these visitors to the 2 million plus people who live in Las Vegas and want to party and you have chaos. It’s the best kind of chaos but it’s still crazy. There’s no other time during the year that comes close to matching the energy of Las Vegas on New Year’s Eve.

There are concerts, big name DJ’s and parties everywhere you go. The Vegas Strip even closes to vehicular traffic so people can wander the streets freely. At midnight there will be a massive 8 minute long fireworks show above Aria, Caesars Palace, MGM Grand, Planet Hollywood, Stratosphere, Treasure Island, and The Venetian.

Here is a list of concerts, club appearances, and parties if you haven’t made your plans for New Year’s Eve in Las Vegas. Las Vegas will be at capacity all weekend. Make as many arrangements in advance so you don’t miss out on shows, parties, dinner reservations, etc. that you want.

The mall of casinos closes to the public on New Year’s Eve. They begin charging admission at 5:30 p.m. for the night of festivities. There will be tribute bands all night on all three stages under the massive canopy.

At midnight there will be a simulated fireworks show on the Viva Vision screens. New Year’s Eve guests will also be treated to the premiere of a new Viva Vision light show featuring Green Day, “Revolution Vegas.”

Beer Park (Paris) – General admission and premium open bar from 9pm through 11:59pm with a champagne toast at midnight and a great view of the fireworks. Tickets: $125 per person

General admission – Entertainment by DJ Montana and access to view the fireworks at midnight. Tickets: $32 per person

Hosted bar – Includes general admission for standing room only, 3 Hour Hosted Bar from 9pm to 11:59pm (well drinks and domestic drafts), entertainment by DJ Montana and access to view the fireworks at midnight. Tickets: $63 per person

Hard Rock Cafe on Vegas Strip – Hosted bar and appetizers from 9 p.m. to midnight and a live band, and views of the fireworks show at midnight. Tickets: $175 per person

Masquerade Party – General admission and a champagne toast at midnight. $65 per person

New Year’s Eve Bridge Bash Celebration 2017 – Open bar, DJ spinning all night with a view of the Fireworks. Tickets: Start at $135.00 per person

Party in the Sky – Party on the Observation Deck includes 3-hour premium brand open bar, Club DJ Kittie, Go-Go Dancers & Party Models,food and a great view of the fireworks plus admission to the Ultimate Patrón After Party Time: 9:30pm to 12:30am – Tickets: $250 per person and up