In Vegas and Ready for Excitement 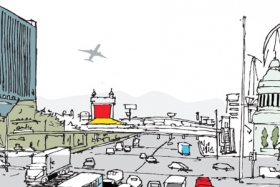 I know it has been a little while since I have written for TravelVegas.com but Las Vegas is never far from my mind! I have not been to my favorite Sin City in almost two months and can’t wait to return in a little over a week. I will be there for almost ten days and ready to rock it! I may even stay longer as there is never enough time to do what I want for the days and nights I am there.

For the first part of the trip I will be with mom but left to my own devices for the second part. I thought I would give you a peak into my itinerary, as I am very excited to go hit my favorites haunts and stop at some new places too.

As usual, I will be staying at The Signature and the MGM and recommend it highly for anyone who wants to go to Las Vegas but likes the option of being away from the craziness of the casinos. The only thing I should mention is that Wet Republic is open and sometimes you can get a little more than your bargained for as in terms of shows in the lobby (if you know what I mean). If you don’t know about Wet Republic then I suggest you visit this crazy pool party or decide to stay VERY far away. This all depends on what you are looking to accomplish. If you want to party then Wet Republic is a top pool party in Las Vegas. If you are looking for a more mellow experience, I suggest one of the three pools at Wet Republic or if you have children the lazy river at the MGM Grand Hotel is always a good time!

We are going to catch the Michael Jackson ONE show at the Mandalay Bay. This is one show we have not seen yet and I can’t wait to write a review for you. One thing for sure, we are guaranteed good music. Cirque de Soleil never disappoints but I am hoping to see something new and different. Prior to the show we will eat at Strip Steak at the Mandalay Bay. I have not been yet but hear that they serve garlic fries instead of bread and that they are to die for, so I will let you know.

Another show that we are going to watch is Terry Fator at The Mirage. You may remember him from America’s Got Talent? The first time I saw the show I was blown away! I am looking forward to his comedy, singing, and impersonations! I am sure he is even better than he was a few years ago as he was voted Best Overall Show in 2013. Prior to this show, we will hit Joe’s Stone Crab at the Caesars shops, which is my favorite restaurant in Las Vegas. Everything is amazing but I love the stuffed mushrooms, stone crab, and that you can order a half a piece of pie!

After these plans the other things I plan to do are shop and gamble. My favorite place to gamble depends on what game I want to play. I love blackjack switch and the Hard Rock Hotel and Casino offers that game while listening to some of the best rock n’ roll around. If I want to play the slots (which I will and love) you will find me at the Cherries or Lions machines at the MGM Hotel and Casino.

Shopping is good at the Crystals at City Center. Must see for people that have not been yet. The Louis Vuitton store is breathtaking.

After mom leaves I need to hit Hakassan at the MGM Grand and dance the night away! I may also catch Led Zeppelin 2 Live Show at the House of Blues at Mandalay Bay. The show has received great reviews and I am always in the mood for some rock n’ roll. Stay tuned…..