Hakkasan Showing Las Vegas Who is Boss (for now) 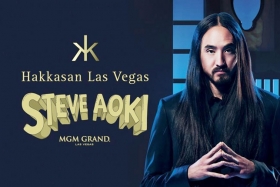 Last year, the MGM Grand cornered off a huge section of tables, took away those fluffy lions, and shut the doors to Studio 54. A night at Studio 54 was always a blast and I think the name alone gave me the feeling that I was in a “special” club reminiscent of the days in 1977-1981 in New York City. Being a fan of amazing clubs and having visited many of them throughout the US and Europe, I consider myself somewhat of an expert on the topic. I have spent several vacations in Ibiza, Spain and South Beach in Miami to watch the sun come up. But, now I don’t have to go so far to experience the newest and grandest nightclub in history opening its doors April 2013 at the MGM Grand Hotel and Casino in Las Vegas. The name is not as cool as Studio 54, but Hakkasan Night Club is supposed to be way more than just a place to shake your moneymaker.

Hakkasan was set to open for New Years 2013 but the enormous club has taken a few more months to perfect before its big reveal to the city of Las Vegas and clubbers who come from around the world to party. If a club of this magnitude does not open on the biggest party day of the year, you know that they are doing something completely insane to make it over the top or that they snagged a few unexpected problems along the way. You know pesky rules and regulations that you need to have 5 feet from this table or a certain number of restrooms for its 7,000 partiers.

There is already a Yelp review for the club, which tells me that the PR department is doing its job. I would not expect anything less from the Granddaddy hotel of them all – MGM. I have read a few accounts of the soon-to-be hardest club to get into on the strip. But, you know I will be there on one of those nights. In my experience, the best bet for a place like this is to make reservations at the restaurant and then you can just flow into the nightclub as it opens. Well, that is if you can afford it and if there is room in the 80,000 square foot, 5-story monster nightclub/restaurant.

Food is always secondary for me at most clubs like this, but this time the chef is a Michelin starred Cantonese Chef Ho Chee Boon and if you are paying the price, you might as well eat and forgo the tight black dress for the night (or just buy one size up to give you a little extra wiggle room).

The all-star DJ lineup is nothing to sneeze at as Hakkasan signed the best DJ’s in the world. DJ Tiesto announced his residency at the club (sharing a few of those dates in the contract) with the day club at the MGM. You may have heard of it? Wet Republic. If you have not been, GO! Along with DJ Tiesto, electronic music lovers will never need to travel to any other destination or club to hear all of the top 100 DJ’s ever. Check the lineup – it is mind-blowing.

So where did all this money come from? It is rumored that there was some big time middle eastern billionaire who was turned away from a table so he decided to build the biggest and best club in Las Vegas to show all other clubs who has the bank roll. Well, he does! After a reported 100 million dollars plus (not including the pricey lineup of best dj’s in the world) he is showing Las Vegas who is boss (for now).