by marc / Thursday, 10 December 2020 / Blog Category: Entertainment and Everything Vegas. 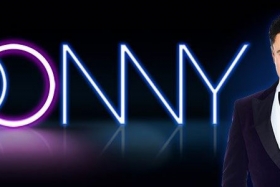 Donny Osmond will return to Las Vegas next year with his first solo residency at Harrah’s. The announcement by Caesars Entertainment comes less than a year after Donny and Marie ended their 11-year residency at Flamingo. The new show will be the first time guests can get up close and personal with one of the most famous names to grace the Vegas Strip.

Donny Osmond’s multi-year residency will take place inside the Harrah’s Showroom at Harrah’s Las Vegas. The residency is being scheduled to open on Tuesday, Aug. 31, 2021. Of course, the start date is tentative as coronavirus is still spreading across the country.

“Donny Osmond has achieved a lifetime of remarkable milestones as an entertainer, including countless memories with us during his 11-year run at Flamingo,” said Caesars Entertainment Regional President Gary Selesner. “We’re thrilled to welcome him to the stage at Harrah’s Las Vegas next summer for an all-new show, and we look forward to sharing many more unforgettable moments with our guests and one of music’s most beloved stars.”

Osmond’s return to the stage is described as “an exciting, energy-filled musical journey of his unparalleled life as one of the most recognized entertainers in the world.” Osmond will perform his hits and share stories of his greatest showstopping memories. The new solo residency will also be the first time he performs brand new music.

Throughout his career, Donny has earned 33 gold records. He’s sold more than 100 million albums worldwide. Currently, he’s working on his 63rd album. Osmond’s debut at Harrah’s will be the launch of a world tour that is also scheduled to begin next year.

“Las Vegas has been great to me and my family and in many ways, so this feels like a homecoming,” said Osmond. “I am incredibly excited to return to the entertainment capital of the world for my own solo residency at Harrah’s Las Vegas next summer, and I hope my fans are as excited as I am.”

Tickets are on sale for solo Donny Osmond residency shows on the following dates:

General ticket prices begin at $65, plus taxes and fees. There will be a limited number of VIP experiences available for each show as well.

The Donny Osmond residency joins a rather large entertainment roster at Harrah’s Las Vegas. While there aren’t huge shows, there’s a nice variety:

Last year Caesars completed a major hotel room and casino renovation at Harrah’s. Here’s a look at what to expect at the relatively new Harrah’s Las Vegas. The property has very affordable rooms and a great location near The Linq, Caesars Palace, and The Venetian.