by marc / Thursday, 22 August 2019 / Blog Category: Entertainment and Everything Vegas. 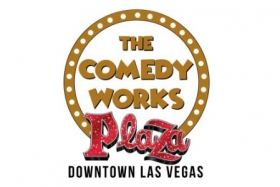 The Comedy Works shows at the Plaza will take place Thursdays at 8 p.m., Fridays at 9 p.m., and Saturdays at 8 p.m. and 10 p.m. beginning Thursday, September 12. Ticket prices for these nationally touring comedy shows start at only $20.


“We believe there has been a shortage of world-class comedy on a regular basis in downtown Las Vegas, so we are very excited to partner with The Comedy Works and offer this to our customers now,” said Jonathan Jossel, CEO of the Plaza Hotel & Casino. “Guests will laugh out loud and enjoy unforgettable performances they can’t see anywhere else in Las Vegas.”

What is The Comedy Works?

The Comedy Works has been producing standup comedy events since 1981. It owns and operates comedy clubs, produces shows in theaters throughout the U.S, and guides the careers of a number of performers.

The Comedy Works Shows at The Plaza In 2019

The Comedy Works shows at the Plaza begin in September and continue into 2020. (Wow, we’re planning for 2020 already!)

September 12 – 14: Jim Florentine, best known for hosting seven seasons of VH1 Classic’s “That Metal Show” and as a regular on The Howard Stern and the Opie & Anthony shows. He currently hosts his own program on Sirius XM. Florentine will be the headliner for The Comedy Works at the Plaza’s opening weekend.

September 26 – 28: Nick Di Paolo has performed on The Tonight Show, Late Night with David Letterman, Jimmy Kimmel Live, and Conan O’ Brien. He’s twice been nominated for an Emmy for his writing on HBO’s The Chris Rock Show. His most recent Comedy Central standup special was the controversial “A Breath of Fresh Air.”

October 10 – 12: Tom Green, a comedian, actor, filmmaker, and talk show host known for his own unique brand of shock comedy. Many know Green from “The Tom Green Show” on MTV. Green is also famous for his roles in the films “Road Trip,” “Charlie’s Angels,” and “Freddy Got Fingered.”

October 24 – 26: Fat Chance: An Evening of Conversation and Story with Lisa Lampanelli, which showcases the former insult comic at her new best. Her show is a bit different. She tells humorous stories and has a lively Q&A with audience members. Not topic is off limits for audience members. She’ll discuss everything in her life. Some topics include her food obsession to her physical transformation with the help of bariatric surgery and her compulsion to date the “junk food of men,”

November 14 – 16: Jamie Kennedy is a multi-faceted talent. He found success as a stand-up comedian, actor, writer, and producer. Kennedy skyrocketed to fame with scene-stealing rants in Wes Craven’s “Scream” and “Scream 2.”

The Comedy Works Shows at The Plaza In 2020

If the series is successful visitors in downtown Las Vegas should look forward to more standup comedy at The Plaza.

Ticket prices for these nationally touring comedy shows start at only $20. Visit Plaza Hotel and Casino for tickets and more information.