by marc / Friday, 08 October 2021 / Blog Category: Everything Vegas and Nightlife. 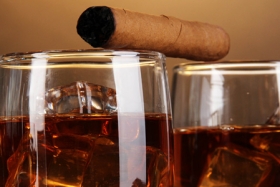 Planning a Las Vegas vacation started to get real when the group brought up getting a cigar. Seriously. In previous years this wouldn’t be such a big deal. However, this was the first time that the group of people planned of getting together in public in more than a year.

Airplane tickets are usually the confirmation that a trip to Las Vegas is on but after so many cancellations and rebookings that sort of lost its meaning. The plan to sit together in a relatively small and public room and blow smoke at one another for an hour or so was a statement. This group is ready to return to Las Vegas for the first time in nearly two years.

A visit to the new Eight Lounge cigar bar at Resorts World will be sandwiched in between gambling, dinner, and drinks high above the Vegas Strip at Starlight Loung on 66. I used to smoke a cigar once or twice a year when friends wanted to relax, have a drink, and light up a cigar. It’s been almost three years since I or my friends have even thought about hanging out and smoking a cigar.

Let’s take a look at the newest cigar bar opening in Las Vegas.

Resorts World Las Vegas is a huge casino resort with a slew of bars and restaurants. The casino is will continue to open places to eat and drink through the end of the year. Eight Lounge cigar bar is one of the venue’s opening later this year. 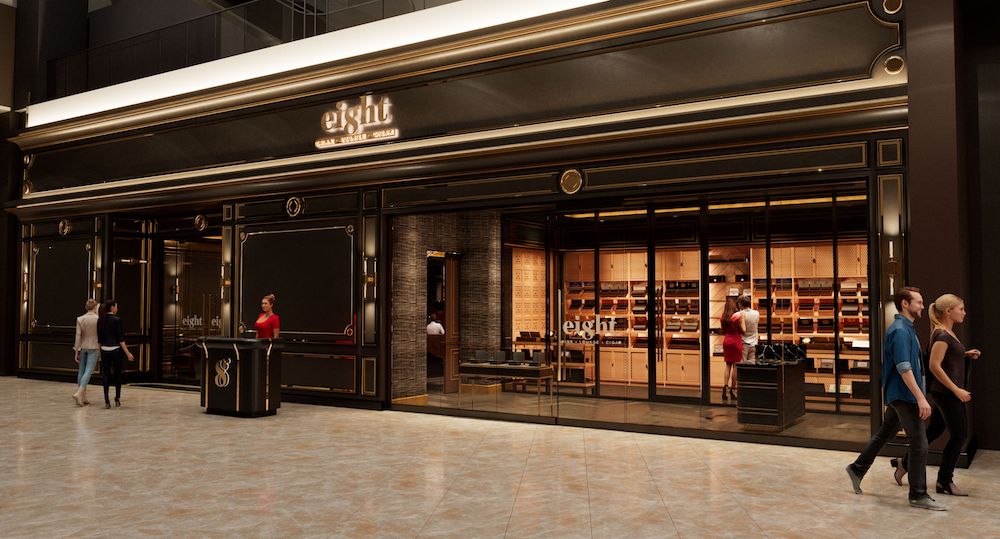 Eight Lounge will be a state-of-the-art cigar and spirits lounge opening at Resorts World this fall. Eight will offer premier hand-rolled cigars. There will be a total of more than 150 cigar options in its custom-built walk-in humidor.

There will also be limited edition cigars that will occupy the cigar vault. This will give guests the chance to try once-in-a-lifetime cigars. “Only in Vegas” experiences are part of what makes so many great memories from Sin City. 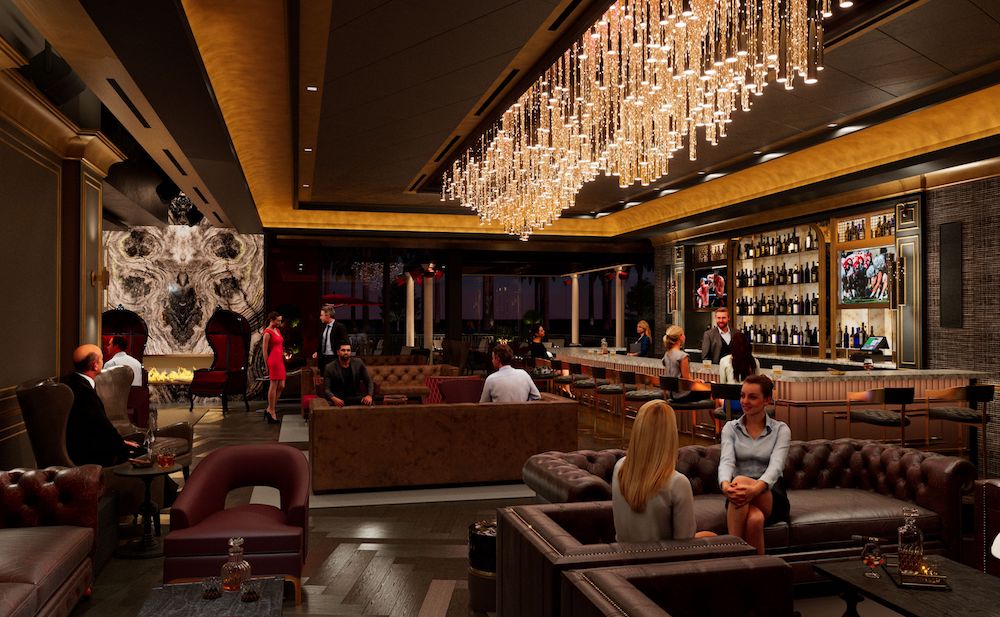 Not Your Average Cigar Lounge

Like most new venues opening in Las Vegas, Eight Lounge will take the cigar bar experience to a new level. The great cigar selection is most important. The smoking room is a close second for tourists and occasional smokers.

“Eight is not your average cigar lounge, we are breaking barriers and bringing the highest level of service and hospitality to the luxurious hotel and casino that is Resorts World Las Vegas,” said Giuseppe Bravo.

He continued saying, “With over 150 different cigars sourced from around the globe along with its lavish furniture, Eight is the perfect place to escape for a well-earned smoke.”

The decor is what most are expecting in a modern cigar lounge. There will be deep tufted couches with dark wood trimming. The lounge will have a brightly lit bar-length chandelier and subtle pops of color.

This will keep the air clean, fresh, and constantly flowing. This is important and useful for occasional smokers who want to go enjoy Las Vegas without reeking like they’ve been stuck in a small room of cigar smoke. Most of the older cigar bars in Las Vegas don’t have this kind of filtration.

Even better, Eight Lounge will have a 2,300-square-foot outdoor patio. The outdoor smoking area will have a relaxing fireplace along with a misting and heating trellis. This will come in handy when it’s a bit warm or chilly to be outdoors in Las Vegas.

Like I said earlier, I’m not much of a cigar smoker. However, I’m usually into hanging out and having a smoke when friends visit Las Vegas. Here are a few more options if you’re looking for a cigar bar on your next visit.

Montecristo (Caesars Palace) – This is probably my favorite bar at Caesars Palace. The cigars just make it better. You can sit and smoke while watching games. There’s also a small bar with video poker if you’d like to gamble a little.

Davidoff of Geneva Cigar Lounge (Fashion Show Mall) – I like this lounge because it has indoor and outdoor seating along with great cocktails. Since this isn’t inside of a casino they go the extra mile to draw visitors. You can find Happy Hour and Specials here.

Casa Fuente (Caesars Forum Shops) – This is the first cigar bar I visited in Las Vegas and it’s still one of my favorites. The location inside the mall isn’t too busy and is very relaxing. The mojitos, sangria, and limited edition spirits are delicious accompaniments to a great cigar.