by marc / Tuesday, 14 January 2020 / Blog Category: Entertainment and Everything Vegas. 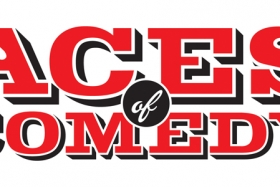 The Aces of Comedy series at The Mirage Hotel & Casino will celebrate a decade of being the place to enjoy the best comedy in Las Vegas with the unveiling of the first 10 comedians in its 2020 lineup. No less than 10 previous headliners will return to the stage for another stint at The Mirage.

Ticket prices vary for the shows but there are deals available. For example, ticket prices for Iliza Shlesinger and Jim Jeffries start at $29.99. There are also discounts available. MGM Resorts, the owner of The Mirage, offers reduced prices on tickets to these shows for M Life Rewards players club members. You can find more information on the loyalty club and sign up here.

White, best known as the cigar-smoking, scotch-drinking funnyman from the Blue Collar Comedy Tour, will perform his hilarious standup comedy inside the Terry Fator Theatre. White has established himself as a star in his own right with multiple comedy albums and videos including Drunk In Public, They Call Me Tater Salad and You Can’t Fix Stupid.

David Spade and Ray Ramano return to The Mirage as part of the 2020 Aces of Comedy series. Spade became a household favorite during his five-year stint as a cast member of “Saturday Night Live.” Romano is best known for his Emmy Award-winning series “Everybody Loves Raymond” and NBC’s “Parenthood.” He just finished taping his third season of “Get Shorty” on EPIX.

Shlesinger is one of today’s leading comedians selling out theatres around the world to a fan base which shows their loyalty by creating Iliza-inspired swag to wear to her shows. Her fifth stand-up special “Unveiled” for Netflix was released in November. Shlesinger will next be seen co-starring opposite Mark Wahlberg in “Wonderland.” Her new Netflix series “The Iliza Shlesinger Sketch Show will also premier in 2020.

Jefferies is one of the most popular and respected comedians of his generation. He has entertained audiences around the world with his provocative, belief-challenging and thought-provoking comedy. Jefferies has signed his first-look deal with Comedy Central for content development in television and digital media. He is also working with NBC on a multi-camera pilot which he would star in from writer-producer Suzanne Martin, Sean Hayes and Todd Milliner’s Hazy Mills and Universal TV. He recently starred in his third Netflix comedy special “Jim Jefferies: This Is Me Now.”

Comedian, actor, and writer Tom Segura is becoming one of the biggest names in the comedy business and will make his Aces of Comedy series debut in 2020. He is best known for his three Netflix specials “Disgraceful” (2018), “Mostly Stories” (2016) and “Completely Normal” (2014).

HBO star Bill Maher will return to the Aces of Comedy series. His combination of unflinching honesty and big laughs which have garnered him 41 Emmy nominations. For the last 17 years on HBO’s “Real Time,” and before that on “Politically Incorrect,” Maher has set the boundaries of where funny, political talk can go on American television.

Tosh is best known for hosting the hit Comedy Central show “Tosh.0.” He hasn’t been seen much outside of his shows at The Mirage lately. His casual style and sharp material have garnered fans both young and old.

Lopez is currently on the nationwide stand-up comedy tour George Lopez: Live in Concert. He can be seen in the film “El Chicano,” starring alongside Raúl Castillo, Aimee Garcia, and Emilio Rivera. Lopez recently wrapped filming the upcoming crime thriller “The Tax Collector” with Shia LaBeouf and Lana Parrilla.

Iglesias is one of America’s most successful stand-up comedians performing to sold-out crowds around the world. He was featured in The Hollywood Reporter’s Top 40 Comedy Players of 2018 issue alongside comedy giants Jerry Seinfeld, Chris Rock and Lorne Michaels. Iglesias is the star and executive producer of the popular multi-cam comedy series “Mr. Iglesias” now streaming on Netflix.

D’Elia has become one of the most in-demand performers in comedy and is currently touring the United States and Canada with his hit show “Follow The Leader.” He hosts a highly successful weekly podcast “Congratulations with Chris D’Elia,” which launched in February 2017. You can see him in the upcoming Netflix action film “Army of The Dead,” and season two of “YOU” on Netflix.