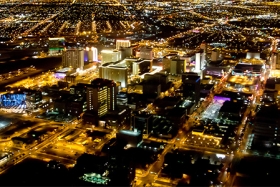 There are a lot of “Best Of” lists for Las Vegas, but few are as highly regarded as the Forbes Travel Guide. This is a list of the best of the best hotels and restaurants around the world. Many businesses use these awards as a milestone for service and quality.

Forbes Travel Guide’s scoring system uses a proprietary algorithm that weighs service at 75% and the quality of the facility at 25%. Forbes inspectors anonymously visits and evaluates properties using nears 800 objective standards in 162 destinations across 42 countries.

This year just 175 hotels achieve the coveted Five-Star Award for the best of the best. Five of those winners are in Las Vegas.

Among the total 1,464 Star Award winners in 2017, there are 175 Five-Star, 478 Four-Star. Las Vegas has a host of Four-Star Award-winning hotels too. M Resort is the only off-strip hotel to receive this prestigious award. There’s a reason we listed M Resort as one of the five resorts to help you transition away from the Vegas Strip. The rest of the winners are below:

The number of hotels to receive a Star Award from the Forbes Travel Guide seems massive when compared to restaurants. There were only 62 Five-Star, 176 Four-Star restaurants around the world. Las Vegas is known for great fine dining and make up nearly 10% of the Five-Star restaurants.

One of the many things that make Las Vegas so great is that there’s something for everyone. If you’re traveling on a budget, you can find plenty of fun low rolling around Las Vegas. Likewise, if you’re looking for the most luxurious vacation of your life you can visit these Forbes Travel Guide Award winners.

You can see the full list of Forbes Award winners around the world here.