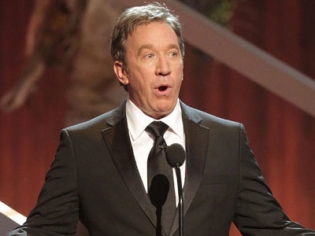 Tim Allen started as a standup comedian and then as a bet with some friends he morphed that career into a successful TV and movie enterprise. You probably know him best from his “Home Improvement” character as the unforgettable “Tim the Toolman Taylor” or the Disney films, “Toy Story” and “The Santa Clause.” His roots are in standup and he has brought his show to the Mirage for a limited time only. His show is laugh out loud funny and has become one of the hottest tickets in Las Vegas.

In this show he sheds his clean-cut image for a more outrageous raw humor. An introspective, autobiographical monologue will have you roaring with laughter. In a return to his roots, Tim Allen brings some of his classic humor back to the live stage to which he owes his great success. His brand of humor is something everyone can appreciate.

The Terry Fator Theater at the Mirage hosts Tim Allen. They offer a Backstage ticket package that includes a meet and greet with Tim. This is a must for the true Tim Allen fan.