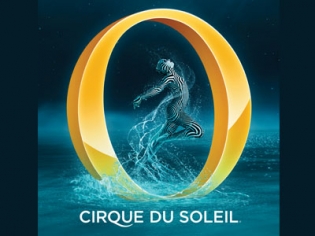 Receive exclusive assigned seats starting as low as $101 each.  This reflects a savings of over $6 - $20 per ticket.

“O” at Bellagio immerses audiences into a liquid dream world. Acrobats, synchronized swimmers, and aquatic characters fascinate in, on and above a 1.5-million gallon pool! Rates start at $111 before fees, taxes, and discount.

“O” is a play on the French word for water, “eau,” which is an element that is up front and center for this fantastic addition to the Cirque du Soleil family. “O” presents a mesmerizing world full of visual effects and death-defying acrobatics, all centered on a stage based out of a 1.5 million gallon pool.

“O” has all of the elements that you would expect from any one of the highly successful Cirque du Soleil shows currently performing in Las Vegas. Its stand out feature, however, is an astonishing, 1.5-million gallon pool which sets the stage for a world of pure mysticism and mind blowing acrobatics that defy reality.

The technical aspects of O are what make this show such a mesmerizing experience. Within an instant, the same pool that engulfed a spectacular high diver becomes a solid platform for other performers to stand, run and dance on. The sequences are pieced together in such perfect fashion that it seems impossible that the same surface that was just being stood on is now going to safely embrace a diver attempting death defying leap from a 60-foot high platform.

In addition to death-defying high dive routines, O also showcases other circus-style acts such as flaming baton twirlers and trapeze artists. Air, fire and water are recurring themes that are explored during the journey of “O” to create a world of fun, excitement and anticipation.

“O” creates a fantasy land of visual lighting, incredible acrobatics and Hollywood-like special effects. All of these features blend together to create an unforgettable show that will transport you into a dream-like world without limits.