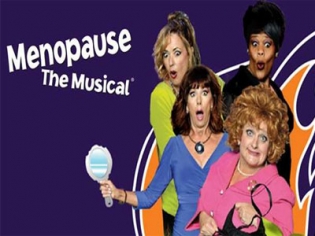 Reserve your tickets today for Menopause the Musical and save over $20 on select seating categories. Must enter promo code MMC20 during checkout. Tickets start at just $53/pc before taxes and fees.

Menopause the Musical makes hot flashes fun. In this hilarious comedy, four wacky characters confess their over-the-hill experiences to the tunes of popular '50s, '60s and '70s songs. It's honest, amusing and a bit taboo! Reserve your tickets now and receive Insider Pricing.

Save up to $20 on VIP seating and reserved seating or up to $10 off premium seats! Rates start at just $59 before fees and taxes when you book online.

Menopause the Musical is a wonderful show set to the music of the 50’s, 60’s and 70’s that pokes fun at the aging worries of women. Having garnered worldwide critical acclaim and exposure, the musical is now showing six nights a week at Harrahs Las Vegas.

Menopause the Musical made its debut in 2001 and is the brainchild of creator Jeanie Linders. Since its inception, Menopause has showcased worldwide in 40 cities and now has a residency at Harrah’s Las Vegas.

Menopause takes a serious concern of aging women and turns it into a hilarious spectacle complete with singing and dancing to the music of the 50’s, 60’s and 70’s. The show’s ability to playfully explore the real effects of menopause and then exploit each aspect of it in hilarious fashion is what makes it such a success. And the routines set against the backdrop of classic hits such as Marvin Gaye’s “I Heard it Through the Grapevine” and Bee Gee’s “Stayin’ Alive” is what makes Menopause an entertaining and enjoyable experience.