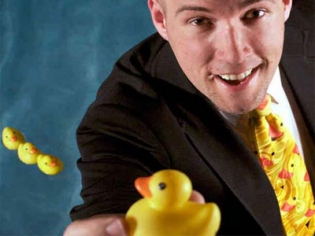 Adam London will make you have a just ducky afternoon with his magical comedy performed in Laughternoon. Known for his obsession with little yellow ducks, London incorporates them into a multitude of ways during his show. Humorous stunts, silly sleight of hand, audience interactions and stupendous magic tricks will entertain you and the whole family for a great low price. The venue is small and intimate, perfect for the number of volunteers and audience interaction that fuel the show. Adam London is a Las Vegas native and he has honed his skills at the many venues available to him throughout his career. This imaginative show is one of the best values in Vegas.