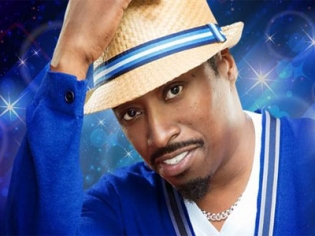 Comedy veteran Eddie Griffin wages a non-stop assault on your sense of humor as he rants about race, religion and politics. Making people laugh about usually taboo subjects is a natural talent for Griffin.

This R Rated comedy show at Club 101 at Sahara Las Vegas is a laugh-aloud performance rant about current events, religion, race and politics. Eddie has appeared on television in “Malcolm and Eddie” and in movies such as “Undercover Brother” and “Deuce Bigalow.” Eddie is comfortable with both his prepared material and on-the-spot comedy based on the audience interaction. The show will have you laughing for two straight hours of unadulterated fun!

Griffin’s brand of humor is known as comedy without a condom, so be prepared for verbal grenades that explode raw humor into the audience. Purposely un-PC, Griffin’s humor leaves no group unscathed, yet everyone laughing at the profound truth in his statements. This is pure comic genius at its best and Eddie knows how to keep you in stitches.

The Club 101 is the perfect venue for Eddie’s humor because it is small and allows you to really enjoy and feel part of this high energy show. He is one of the top stand-up comedy headliners in Las Vegas. With over 30 years experience performing at the top comedy clubs, his show is unbeatable.