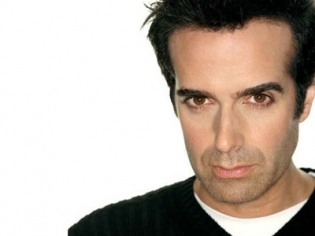 Come see the Famous Magician David Copperfield at MGM Grand on the strip. Book your tickets here today, and receive exclusive reserved seating. Copperfield is sure to please, from kids to adults, don't miss out!

David Copperfield is the perfect combo of nostalgia, magic and showmanship, master illusion! With a touch of the supernatural ... just to keep things interesting! Save when you purchase tickets to see David Copperfield in Las Vegas.

David Copperfield, magician extraordinaire, will leave you bewildered and asking “How DOES he do that?” many times throughout the performance. You may have seen him on TV making the Statue of Liberty disappear and now you can experience his larger-than-life illusions up close in Las Vegas.

David Copperfield, legendary Emmy award-winner with a star on the Hollywood Walk of Fame, has been a professional magician since the age of 12.  His illusions and magic tricks are mind-boggling and will have you on the edge of your seat. Watch him walk through a sheet of metal, shrink inside a box down to mere inches and predict the future, all with audience interaction and participation. He performs magic while standing in the audience and even makes one audience member “disappear.”

Copperfield’s charismatic personality and sense of humor make the show a humorous delight. The magic provides its own wow factor and he uses no flashy show girls or over the top production elements to distract you from the magic. A comedy and magic show that is fit for all ages.