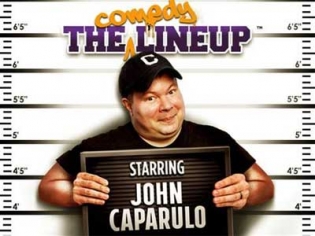 Save by booking online today
$42*
Get Deal ❭

Save up to 43% when you book your tickets online today.  Choose this link to save the most on the best seats.

Tickets start as low as $51 with online savings.  Use this link to get tickets for John Caparulo.

He’s no slouch when it comes to humor; Cap hits all the funny spots in his MadCap comedy routine at Harrahs.

John “ Cap” Caparulo is known for his impeccable comedic timing and his self-deprecating, sarcastic views on marriage, fatherhood and daily life. He is the current headliner at the Comedy Lineup and he will be joined by other comedians throughout the year.  He has appeared on too many late night comedy shows to count and has toured with Vince Vaughn and the Blue Collar comedy guys.  You might recognize him from frequent spots on the “Chelsea Lately” show or from his hit You Tube series, “Caplets.”  this is one guy you should be able to pick out of a lineup for his great sense of humor.