Why Delano Las Vegas may be the hotel for you 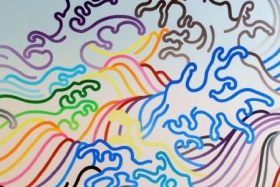 Delano Las Vegas is one of the best hidden in plain sight secrets in Vegas. You may be familiar with the boutique hotel tower at Mandalay Bay that was once called “The Hotel.” Delano is also operated by MGM Resorts but is somewhat independent of Mandalay Bay.

Delano has access to the massive casino but is situated that you never have to visit Mandalay Bay if you choose not to. This all-suite hotel has its own bars, restaurants, spa, and pool. All of this can be connected with MGM Resorts through the M Life Rewards loyalty club.


Some of my favorite venues at Delano are:

While Mandalay Bay is full of families because of the great pool, Delano is relatively quiet. This hotel isn’t as busy as most MGM Resorts properties and the wifi seems to work better than most of their properties. Delano is definitely a hotel to consider if visiting Las Vegas for work – especially if you have a convention at Mandalay Bay.

Probably the best feature of Delano is the price for rooms. The suites are among the least expensive for this room type on the Vegas Strip. Prices for suites are often in the middle of regular room prices at the MGM Resorts hotels. The suites are somewhere between entry level rooms The Mirage and MGM Grand. You can see the latest deals at Delano here.

MGM Resorts has been dedicated to bringing more art to Las Vegas over the past few years. Their latest art installation is taking place at Delano. Sush Machida’s “Yokoso Las Vegas” will be on display until June 12.

Machida’s 6-work installation will be the featured work within the Delano Art Series. This is a rotating exhibition that shines a spotlight on local and regional artists. Born in Japan, Machida moved to the United States in 1992 to attend college. He later received his MFA from University of Nevada, Las Vegas.

A Few Words From Machida

“Las Vegas is one of the youngest major cities in the United States, and as a 20-year resident, I am grateful to be a part of the history and evolution of the destination,” said Sush Machida. “I also am honored to support the city’s community and work together with Delano Las Vegas to make this city more culturally sophisticated and enriched.”

In addition to Yokoso Las Vegas at Delano, you can see Machida’s art off the strip at the Sahara West Library. His retrospective titled “20 Years in Las Vegas” is on display through April 27.