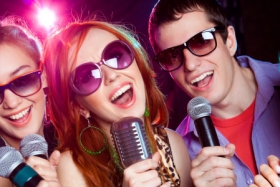 This is normally the time of year I take a summer vacation in Las Vegas. This is the one week every year where I try not to open my laptop and just spend time decompressing in a casino on the Vegas Strip. Well, that’s not happening right now for a variety of reasons. I have a plan for at least a working vacation in a few weeks but that’s a story for another time.

I usually write a few posts prior to my Vegas vacation with either gambling tips to remember or things that I’d like to do while relaxing for a week. These ideas have taken a backseat while my Facebook memories show all of the fun things that usually happen during the week. It’s a little bit of a bummer but the memories about my trips to Las Vegas – summer or otherwise – are as strong right now.

It’s always interesting to see how certain senses connect with memories. Las Vegas can be sensory overload in the best way. Some memories can be triggered by smell. That faint vanilla smell at Aria or the super-strong smell of suntan lotion at Margaritaville casino (RIP) at Flamingo are some of the very familiar casino scents that remind me of Las Vegas.

The sense that triggers a lot of Vegas memories is hearing. There are certain songs that I hear and immediately flashback to the exact moment I heard that song in Las Vegas. Sometimes the songs that trigger memories are tied to a playlist I had for when my flight would begin descending into Las Vegas.

Here are some of the songs that remind me of very specific Vegas vacation memories.

“White Flag” by Dido – I couldn’t name another Dido song but every time I hear this, I remember drinking a vodka tonic while playing blackjack at Bellagio late one morning. I believe this was followed up with a limo ride to downtown Vegas for some low rolling at El Cortez.

“Lose My Breath” by Destiny Child – This is still one of my favorite songs and I listen to it often. I remember standing at valet at Mandalay Bay waiting for a taxi and enjoying this song a little bit too much while we headed out for a night of partying. For full disclosure, my memories from this part of life are a little fuzzy. I thought this memory was tied to this amazing Lindsey Lohan song.

“Hey, Soul Sister” by Train – This could be any song by the band Train. They all sound the same to me. This and every other single by Train at the time were playing in every casino everywhere in Las Vegas one summer. To this day, I still text my friend every time I hear Train on the radio. Thankfully, I hear Train less often now.

“Roll Out” by Ludacris – This song ties to my trips to Las Vegas in a few ways. First, I remember my friend (and business partner) receiving a phone that this album (“Word of Mouf) would be sitting on his desk when we got back to work. We were walking from Mandalay Bay to Bali Hai golf course for a wedding at the time of the call. This song was also on my “descending to Las Vegas” playlist to wake me up after trying to sleep for most of the flight. “Roll Out” was always in my head trying to gather the troops for a night on the town.

“Airplanes” by B.o.B featuring Haley Williams – This song was so popular it was pretty much every casino all the time. I remember hearing this song while playing blackjack at the Margaritaville casino at Flamingo right near a door to the Vegas Strip one afternoon.

“Hello Again” by Neil Diamond – For some reason, Red Rock Casino plays a lot of Neil Diamond. I’ve spent a lot of time at Red Rock since moving to Las Vegas. It still surprises me to hear this song in a casino. It’s a great song but it’s slow and doesn’t make me want to gamble or do anything fun. The casino also plays more Huey Lewis & The News than anyone else in Vegas if you’re into that (which I am).

“Till The World Ends” by Britney Spears – Britney and I go waaaaaay back. I could make a playlist of Vegas memories from Britney Spears songs. I chose this one because it’s from the album that was released prior to her residency at Planet Hollywood. I went to opening night and it was everything I expected – for better or worse.

Lounge-Soft House playlist by various artists – I’m an early riser and almost always the first person with my travel group to wake up. My vacation routine in the morning usually consists of a cup of coffee and slow playing penny slots. The early morning music at The Palazzo was unlike most casinos. When I stayed there frequently they’d always have mellow electronic music playing. This Lounge-Soft House playlist on Spotify brings me back to those days.