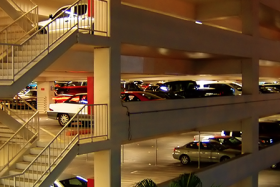 Caesars Entertainment and MGM Resorts have both paused on charging guests for parking as they reopen their respective Las Vegas casinos. When both companies resumed doing business in Las Vegas on June 4, they only had free parking at two properties each. That’s changed and the phased openings will continue into July as both companies recently revealed plans to open four more casinos and even hotels before July 4th weekend. In addition, both companies are extending hours on some bars, restaurants, attractions, and amenities as demand continues to increase.

MGM Resorts initially opened Bellagio, MGM Grand, and New York-New York on June 4. The company has since opened Excalibur. The Shoppes at Mandalay Bay Place and Luxor will reopen on June 25 at 10 am. These openings will be followed by Aria at 10 am, and Mandalay Bay and Four Seasons Las Vegas at 11 am on July 1.

Before reopening any casinos, MGM Resorts announced it was dumping parking fees at its Las Vegas casinos. This isn’t a permanent fee removal but parking will remain free for the foreseeable future. Guests visiting any of the following MGM Resorts casinos will receive free self-parking:

If there’s a catch here, its that valet service might not be available for all properties. The walk from the garage to check-in at some properties is longer than others. For example, the parking garage at Bellagio is right next to the lobby. Meanwhile, the walk from self-park at MGM Grand and Mandalay Bay can feel like a mile depending on the parking space.

MGM Resorts was the first casino operator to charge for parking on the Vegas Strip. Regardless, enjoy the free parking while it’s available.

Caesars Entertainment also opened two casinos in Las Vegas on June 4. The opening of Caesars Palace and Flamingo was followed by Harrah’s a day later. The national casino operator is at it already with more casino and attractions opening. Paris Las Vegas will be the next Caesars Las Vegas casino to open on June 18 at 10 am.

Shortly after MGM Resorts announced it would suspend parking fees, Caesars Entertainment made a similar announcement. Caesars is also offering free parking at its Las Vegas properties for the time being. This is slightly more complicated than MGM Resorts properties as not all garages are open. Caesars guests will receive free self-parking at the following casinos:

The Linq casino and promenade are open but the self-parking garage is closed. Anyone that would like to visit The Linq (casino, promenade, or amenities), High Roller observation wheel, or O’Sheas casino might want to park at Flamingo or Harrah’s and take the quick walk.

Again, similar to MGM Resorts, valet service might not be available at Caesars properties. The walking distance from the parking garages to the front desk at each of the open properties can be a bit of a hike. Having said that, enjoy the free parking while you can.

But Wait…There’s One More!

Cosmopolitan has also suspended its self-parking fees! No casinos on the Vegas Strip are currently charging for self-parking.