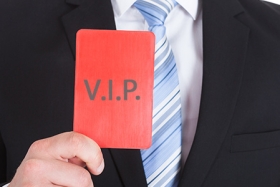 Being a member of a casino loyalty or players club is a great way to get lower complimentary or discounted hotel rooms in Las Vegas. We recently looked at the casino loyalty clubs on the Vegas Strip for anyone interested in receiving rewards from their favorite casinos. Since that post, there’s been some news for the largest loyalty clubs in Las Vegas and around the US.

You may have heard that Eldorado Resorts plans to merge with Caesars Entertainment. The new company will be called Caesars. New Caesars will expand to about 60 casinos around the country. The biggest changes will be to Caesars Rewards.

The main benefit will be access to Las Vegas casinos for the first time for Eldorado Resorts players club members. You can read more about the players club merger here.

MGM Resorts will be updating M Life Rewards loyalty club on October 1. The changes are to help create continuity among the M Life Rewards properties around the country. Their recent expansion has led to casinos with different policies.

PNG operates the Tropicana and M Resort in Las Vegas. Those casinos have switched from Marquee Rewards to the new mychoice players club. The club offers more benefits to all customers at the 30+ PNG casinos around the country.

This isn’t a change, as much as a heads up. On a recent earnings call, a Wynn Resorts spokesman said the company would begin sending out invites to their new Encore Boston Harbor to existing Wynn Red Card members that visit Las Vegas this fall.

This should be part of a mass marketing to their loyalty club list. Some Wynn customers have already received offers for the new property outside of Boston. The initial invites were sent to high priority Wynn Las Vegas guests – AKA High Rollers.