by marc / Friday, 28 June 2019 / Blog Category: Entertainment and Everything Vegas.

The latest at the Zappos Theater Las Vegas 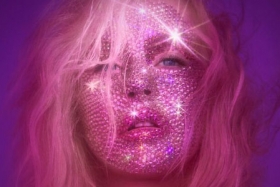 The Zappos Theater inside Planet Hollywood has been home many residencies in recent years. They recently welcomed Christina Aguilera to Las Vegas. Her new residency show is called “Christina Aguilera: The Xperience.”

Friends, fans, and even hockey players were in attendance for the first weekend of shows. Demi Lovato, Erika Jayne, magician Mat Franco, and Deryk Engelland and Marc-Andre Fleury from the Vegas Golden Knights were all spotted at the very first show.


Christina Aguilera: The Xperience is a multi-sensory show that was created just for the Zappos Theater. She engages the audience with “enigmatic vocals, spectacular visuals, and surprising scents.” Xtina brings her audience through a journey of her music, showcasing some of her global hits including “Genie in a Bottle,” “Beautiful,” “Dirrty,” and “Ain’t No Other Man.”

The Zappos Theater (formerly Axis Theater) has been home to Las Vegas residencies for Britney Spears, Jennifer Lopez, Pitbull, the Backstreet Boys and more. The venue also hosts concert appearances from a wide variety of performers.

Def Leppard Hits Vegas: The Sin City Residency isn’t their first limited engagement in Las Vegas. “Viva Hysteria” was their first 11-show residency at the Hard Rock in 2013. The newly minted Rock & Roll Hall of Famers residency at Planet Hollywood will focus on the hits.

Lead singer Joe Elliott says “Five years ago, we played our first ever residency in Las Vegas which was relatively new ground for a rock band giving this kind of experience…I have to say, we really enjoyed it! Being in one place for the best part of a month is vastly different to our normal city to city touring routine. Breaking this cycle adds another element to the experience for both us and the audience. We look forward to seeing you at the Zappos Theater this summer!”

Tickets start at $69 and there will be 12 shows this year:

Gwen Stefani’s “Just a Girl” residency started in 2018 and continues through 2019. Gwen is more than a singer. She’s also a fashion icon and her show features magnificent costumes designed by Custom Moschino by Jeremy Scott, Versace, Marchesa Couture and The Blondes.

Much like most Las Vegas residencies, “Just A Girl” was designed specifically for the venue. The audio and visual parts of the show keep the eyes and ears stimulated while Gwen’s illustrious musical career is highlighted with fan-favorite hits including “Hollaback Girl,” “Sweet Escape” and “What You Waiting For.”

Gwen’s shows for the remainder of the year will take place on the following dates:

Earlier this year we shared details on the upgrades at Caesars Palace Colosseum and Caesars Entertainment’s new partnership with Live Nation. The deal with the concert promoter should bring more residencies to both Caesars Palace and Planet Hollywood moving forward. Keep your eyes peeled for more news from both venues.