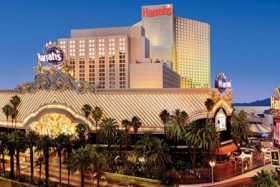 I first saw a demo of this craps table at the Global Gaming Expo (G2E) in 2017. The game received a major renovation in 2018 before a final version started shipping to casinos the following year. Here’s a look at the betting action and a roll of the dice in the demo version of Roll To Win Craps.

Unlike the Shoot To Win (bubble) craps game, Roll To Win craps allows players to actually roll the dice. Obviously, the table isn’t quite the same as a traditional craps game. Experienced players either love or hate this version of craps.

Rob Ziems, President of Aruze said, “We are thrilled to have our first installation in Nevada be in such a fantastic location.” The team at Harrah’s Las Vegas, and at Caesars have been great partners in our rollout of Roll to Win Craps. We now have nine units installed at Caesars properties across the United States, and they have shown their commitment to being early adopters of this groundbreaking technology.” 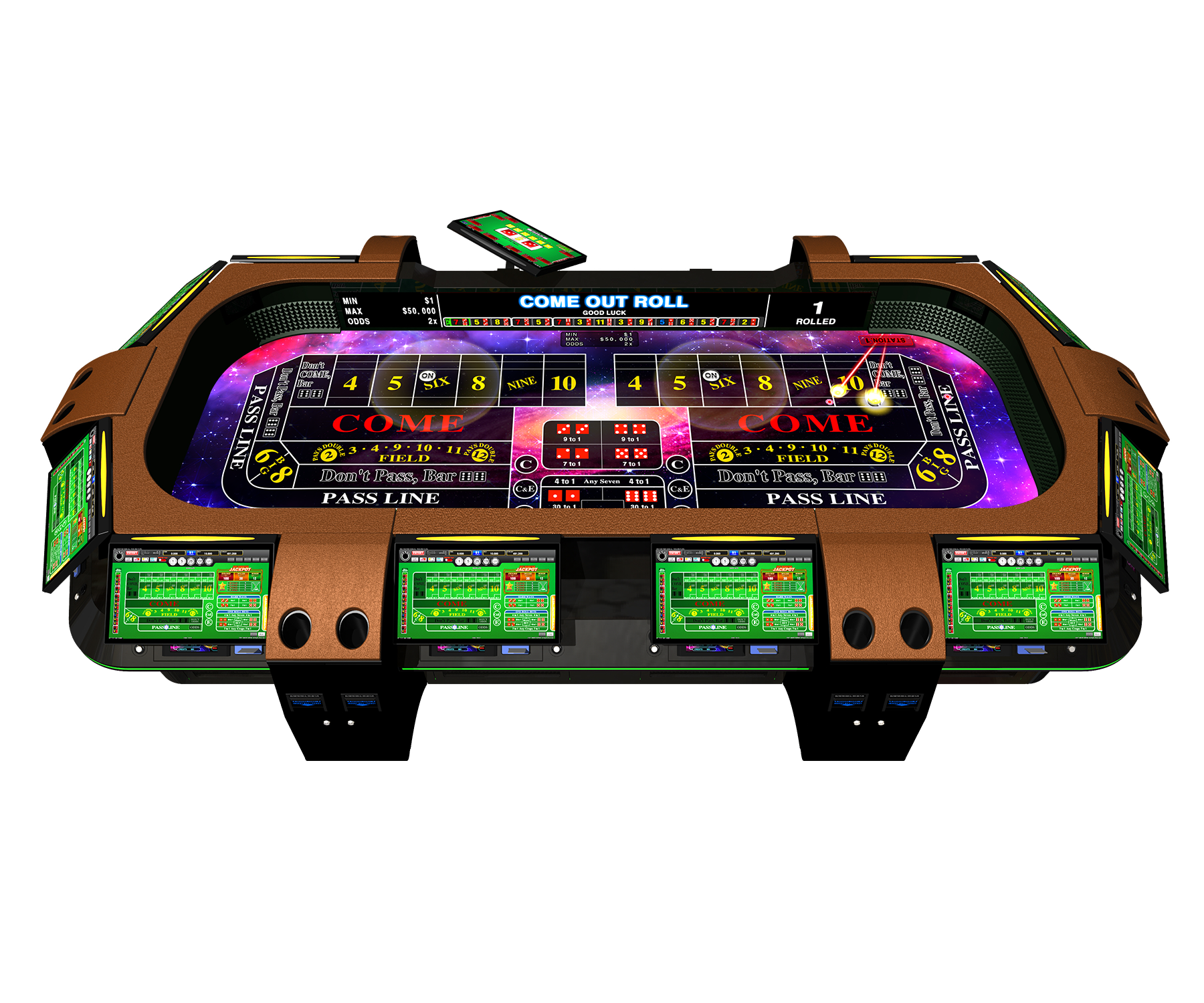 Roll To Win Craps utilizes the same footprint as a traditional craps table. The difference comes from the table itself. Roll To Win Craps has bright LED panels that display graphics and eye-catching animations.

Another thing that has mixed reviews from experienced craps players is the lack of chips used in the game. Roll To Win Craps has individual player stations that accept cash and provide tickets.

Players bet privately on their own screen so no physical chips are needed for play. There are virtual chips displayed on the main playing field.

This takes away from dealer interactions. In fact, there’s only one dealer – a stick person – at the table. The camaraderie between players and dealers is part of the traditional craps experience that so many love.

Roll To Win Craps For New And Experienced Players

Roll To Win craps is another option for players new and old alike. Like most electronic table games, Roll To Win Craps is designed to help new players become comfortable with the game.

The player stations contain an “Easy Help” feature. This allows players to select any bet area and instantly see key information about the bet, such as the odds, when bets can be placed, and how they can win.

For players already comfortable with betting on craps, Roll to Win Craps allows for easy bet placements and the ability to turn multiple bets on or off quickly. Bet amounts are also more flexible, as the calculations are automatic.