Park MGM is official, so now what? 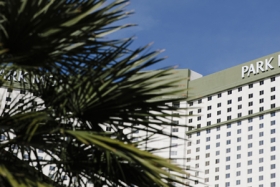 It feels as though we’ve been writing about the conversion of Monte Carlo to Park MGM forever. The renovations have been slow and will continue through the rest of the year. However, the name of the casino has changed and so have many of the venues inside.

With the lighting of its new marquee and hotel tower signs, Monte Carlo officially sheds its name this month for a new identity – Park MGM – making way for the resort set for completion later this year. Park MGM isn’t just another Las Vegas casino.


MGM Resorts International created this new casino-resort in partnership with the Sydell Group. Park MGM is a collaborative vision of the New York-based lifestyle hotel company and one of the world’s most famous casino operators. When complete, the project will comprise two new distinct experiences: Park MGM, and a Las Vegas version of the renowned NoMad, a standalone 292-room hotel encompassing the tower’s top four floors.

A few words from the bosses
“It’s a very special moment seeing this ambitious idea begin to come to life,” said Andrew Zobler, founder, and CEO of Sydell Group. “Together with MGM, we were able to rethink every element of the guest experience and create something personal on a grand scale.”

Jim Murren, Chairman, and CEO of MGM Resorts said, “The opening of Park MGM, and soon NoMad, will tie together the entire neighborhood we’ve created with The Park, T-Mobile Arena and CityCenter. We are grateful to Andrew and the team at Sydell Group for sharing our vision to deliver a destination that embraces its surroundings and speaks to a new generation of travelers.”

Park Theater: This was the first venue to open at Park MGM way back in December 2016. The venue hosts national tours and is currently host to residencies with Bruno Mars, Chef, Ricky Martin, and soon it will be home to Queen and Lady Gaga.

New Lobby: The new lobby is full of natural light and nature-inspired décor and art. Park MGM’s lobby is a nod to urban gardens and parks. The vision includes bringing the outdoors inside from the adjacent Park neighborhood. Don’t freak out when you see the massive tree sculpture that extends from above with its roots stretching across the ceiling.

New Hotel Rooms: Park MGM’s remodeled Monte Carlo rooms have a mix of antique-inspired pieces, ‘found’ objects and original artwork by artists and photographers from around the world. The upgraded rooms show off the new features better than the entry level rooms:

New Casino Floor: The main casino floor has been renovated and now reflects the resort’s outdoor inspiration. The casino’s design contains subtle nods to its Monte Carlo roots, including the sparkling chandeliers, crown molding, and stained-glass ceiling, all of which have been refurbished to their original beauty.

New Sportsbook: The Moneyline Sports Book & Bar is more of a sports bar and restaurant than traditional Las Vegas sportsbook. Place your wagers upon entering the venue and relax and watch the action in the bar and restaurant full of TV’s.

New Pools: The new pool area channels the South of France with a vibrant outdoor escape that features three pools, an oversized heated spa, 12 cabanas, lounge areas and multiple bars serving up delicious bites and beverages. Unfortunately, the lazy river has been removed.

Park MGM is the centerpiece of a new entertainment district that features T-Mobile Arena, Park Theater, The Park and all of its bars and restaurants. Work isn’t finished at Park MGM. The evolution of the property will continue throughout 2018.

There will be the addition of nightlife, a new dining concept from Roy Choi, an Eataly marketplace designed specifically for Las Vegas, and the launch of Lady Gaga’s highly anticipated residency. Additionally, NoMad Las Vegas will open within Park MGM in Fall 2018 with 292 guestrooms and suites, a dedicated entrance and lobby, high-limit gaming, a private pool environment, and more.