by marc / Tuesday, 07 January 2020 / Blog Category: Entertainment and Everything Vegas.

Limited Engagements Returning To Wynn In 2020 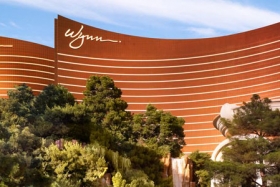 The returning shows don’t include the new Cee Lo Green limited engagement that will take place at Flamingo. Bruno Mars will once again return to the Park Theater at Park MGM for five more shows in the first half of the year.

Wynn Las Vegas is known more for being a luxury resort with great rooms, a golf course, and some of the best dining in Las Vegas. This year Wynn boosted its entertainment with a variety of concerts, comedy shows, and limited engagements

It looks like Wynn will continue offering more entertainment in 2020 with no less than four limited engagements returning for another run at the Encore Theater. We’ve already shared information about Lionel Richie’s return to Wynn Las Vegas. The entertainment doesn’t end here.

Each of the following limited engagements is extremely limited. Don’t be surprised to see more dates announced for 2020. Last year two of the three artists had multiple engagements at Wynn Las Vegas. Let’s take a look at the most recent limited engagement announcements.

Following three sold-out performances in 2019, singer-songwriter Sarah McLachlan will return to Wynn Las Vegas’s Encore Theater in February 2020. Once again she will perform for three nights only, Feb. 19-22. McLachlan’s show will be called “An Intimate Evening of Songs and Storytelling.”

Robbie Williams will return to Las Vegas for another 2020 limited engagement. Following the huge success of his 16 sold-out shows this year during three residency runs, ‘Robbie Williams Live in Las Vegas‘ will return with eight new dates from March 24 to April 4, 2020.

Iconic singer Diana Ross will return to Wynn Las Vegas with six new performances in April 2020. Following three sold-out runs of her 2019 “Diamond Diana” show that celebrated her 75th birthday, Ross will present audiences with an all-new show in 2020. Her new residency show will simply be “DIANA ROSS.” Once again shows will take place at the Encore Theater on select dates from April 8 through 18 at 8 p.m.

Let’s list the Lionel Richie shows while we’re listing the returning limited engagements. After previously performing a residency at Planet Hollywood, Lionel Richie returns to Wynn Las Vegas for another round of shows in 2020. He will present his new show titled “Lionel Richie – Las Vegas” on the following dates in 2020:
March 11
March 13
March 14