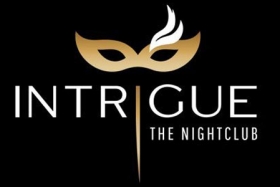 Nightlife in Las Vegas is constantly evolving. The most recent era of nightlife in Las Vegas brought huge nightclubs like Marquee at the Cosmopolitan, Hakkasan at MGM Grand and Omnia at Caesars Palace. They really changed the face of what a nightclub could be. These “mega-clubs” are as much performance venues for DJ’s as they are places to party. These clubs remain incredibly popular but nightlife may be ready to take a step in a new direction.

Intrigue recently opened at Wynn (actually at Encore) in the space formerly occupied by Tryst nightclub. Wynn has two other successful nightclubs with XS and Surrender so they decided to try something new with Intrigue. The new nightclub promises to offer a different experience than you’ll find at the mega-clubs.

When discussing plans for Intrigue Sean Christie, VP of operations at Wynn Las Vegas said “The current market is dominated by the DJ phenomenon. While the current nightlife options at Wynn continue to enjoy the success of EDM (Electronic Dance Music), there is an audience who wants an alternative nightlife experience. Wynn was the first in Las Vegas to embrace the DJ phenomenon at Encore Beach Club, XS and Surrender and will again usher in a unique concept with Intrigue while providing the highest level of luxury and service that customers expect from the resort.”

Intrigue will not be a total shift away from the traditional nightclub but it will be an evolution. The club is much smaller than the large nightclubs that occupy almost 100,000 square feet and multiple levels. Intrigue is only 14,000 square feet and has an occupancy of only 1,200 people. Compare that to XS at Wynn, which can hold 10,000 people on a busy night. Intrigue actually feels more intimate than that as there’s a VIP club within the club that occupies 1,200 square feet.

Entertainment at Intrigue promises to be different as well. The focus on entertainment will be so that thousands of people won’t just be staring at a DJ on a stage. There will be DJ’s and other musical entertainment but that won’t be the only entertainment you’ll find at Intrigue. Mark Shunock, who previously narrated “Rock of Ages” is the creative director of Intrigue. He’s been tasked with creating a unique nightlife experience.

There will be aerialists, actors, singers and dancers throughout the night. The goal is to add a unique nightlife experience inside of a less than traditional nightclub. The “acts” will begin around 11:30 p.m. and end around 3 a.m.

Opening night at Intrigue drew popular stars like Kate Hudson, Charlotte McKinney, Vanessa Hudgens and more. Leonardo DiCaprio and Rihanna were also spotted at the club during opening weekend. If you’re looking for a change of pace with nightlife in Las Vegas this might be the place to visit.

If nightlife if your thing, keep your eyes peeled for details on Jewel at Aria. The nightclub replaces Haze and will be operated by Hakkasan Group (Hakkasan, Omnia, etc.). Expect a more traditional nightlife experience when Jewel opens May 19th.