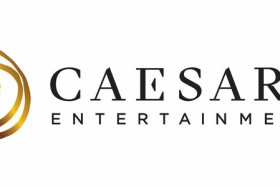 The merger of Caesars Entertainment and Eldorado Resorts is finally done! It took more than a year to complete after the deal was announced in June 2019. The companies had to get approval from the gaming commission of every state where it has a casino as well as the Federal Trade Commission before finalizing the deal.

This is a big deal for Las Vegas and Caesars’ properties around the country. The newly combined company owns and operates more than 55 casino properties worldwide. Eight of those properties are located in Las Vegas. Additionally, Caesars now owns or operates casinos in 16 states across the US including Nevada, Colorado, Missouri, Iowa, Florida, Mississippi, Louisiana, Ohio, Illinois, Indiana, New Jersey, Pennsylvania, Arizona, North Carolina, California, and Maryland.

“We are pleased to have completed this transformative merger, thus making us the premier leader in gaming and hospitality. We look forward to executing on the numerous opportunities ahead to create value for all stakeholders,” said Tom Reeg, CEO of Caesars Entertainment, Inc. “Additionally, we are pleased to welcome all of our Team Members to the combined company, and we look forward to implementing all of the strategic initiatives that will position the company for continued growth.”

This is both good and bad for Caesars Rewards customers. Existing members have access to comps and discounts at more casinos in the US than ever. That’s great!

On the other side, there will be more people with access to Caesars Rewards comps and discounts in Las Vegas. The following loyalty clubs will be able to use their existing loyalty points with Caesars Rewards:

The increased competition could mean that it will be more difficult to obtain “free” rooms or deeply discounted rooms.

All of the loyalty clubs will merge with Caesars Rewards eventually. The process is expected to take about a year.

There will be small changes at Caesars Las Vegas casinos. The previous leadership has updated all of the hotel rooms in the past five years. Don’t expect new room renovations right away. Any Las Vegas casino renovations should be small. As of today, there’s nothing major planned.

The biggest difference Las Vegas visitors will notice is that there will be fewer Caesars Las Vegas casinos to choose from. Reeg says the company will sell at least one Vegas Strip casino in the next 12 months. Rumors are that Bally’s and/or Planet Hollywood could be sold. The Hard Rock could return to Las Vegas at either property.

Last year, Caesars Entertainment sold the Rio. Caesars has a lease to operate the property. However, that deal could be over at the end of 2021. The new owner has the option to continue to lease the property to Caesars. They could also have a new casino operator to take over the property.