by marc / Thursday, 05 October 2017 / Blog Category: Everything Vegas and Gaming. 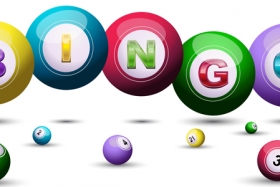 When I first started gambling I never thought that I’d play Bingo. It’s always been a game for the old people. I’m older but not quite as old as the avid Bingo player. Shortly after moving to Las Vegas I was invited to play Bingo on a random midweek night at Red Rock Casino. I was promised a couple of drinks and fun time hanging out. Ya know what? That first time playing Bingo was weird and delivered on the promise of fun.

Playing Bingo isn’t the same as craps, blackjack, or any other casino game. This may surprise you but there’s action in Bingo! Sure, all you do is sit down and covering numbers but this game is more interactive than slot machines. It can even be more fun than the wiz, bang, boom of the newest penny slots.

Bingo is a change of pace game. It offers a more of a mellow rush than table games or most machine games. Probably most important, is that Bingo is a good excuse to hang out with friends, be silly, gamble and not be too concerned about remembering the correct strategy of the game.

You’ll find plenty of Bingo rooms that have a $4 minimum wager. I usually play a package for around $20 and that keeps me busy occupied for the entire session. Like all gambling, you’ll receive complimentary drinks while you play. Some early games even have complimentary donuts. Let me repeat that – FREE BOOZE & DONUTS!

Bingo may not be a game that makes sense for every trip to Las Vegas but it’s something different when you want some action but not too much. It’s a great midday activity if you’re looking for something different to do between lunch and dinner. It’s also a low-cost way to enjoy an hour in Las Vegas.

Palace Station Bingo Room
Bingo really is the perfect kind of action for the older crowd. It’s no surprise that’s who populates most of the Bingo rooms around Las Vegas. However, that should never dissuade younger visitors. In fact, the new Bingo room at Palace Station has a few tables for smaller groups that may not want to interact with a long table and hundreds of other players. The new room even has recliners and a full bar.

Station Casinos has been working to expand the demographics of people that play Bingo for a few years. I was at Red Rock Casino on a Friday night and there was a DJ pumping jams, disco lights, and people wearing neon necklaces in the Bingo room. The huge room was loud and packed. I was blown away. I’d never imagined the game could be like this.

I was later told that there are a good number of Las Vegas locals that hit the Bingo games around town to get a couple of drinks before heading to the movies or whatever else the night has in store. The “Daubing After Dark” promotion has been popular over the years and has expanded to other Station Casinos properties including Palace Station. Bingo is in such high demand, that the casino operator has a page dedicated to all of their games here.

Where To Play Bingo
Bingo is enjoyed more by Las Vegas residents than tourists. You’ll see that in the casino locations of where you can play Bingo. In fact, you won’t find a Bingo room in any casino on the Vegas Strip.

The closest Bingo games to the Vegas Strip are at Gold Coast and Palace Station. The Plaza has the only Bingo game in downtown Las Vegas. They recently renovated their large Bingo Hall. Sports bettors might want to look at South Point and Rampart to get the best some of the best sports betting odds along with their Bingo action.

Vegas.com has a detailed list of casinos where you can play Bingo around Las Vegas. Not every visit to Las Vegas has to include a visit to a casino just to play Bingo. It’s a fun low limits game to play if you’re in the mood for something different.