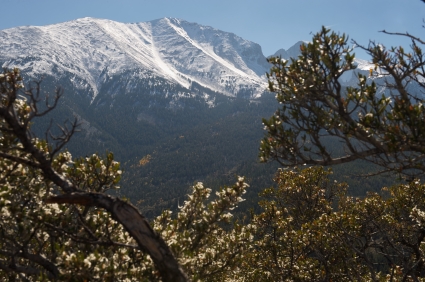 Long after you leave the farming community of Delta, Utah and make your way westward on US 6 and 50, as you finish winding your way out of the Confusion Range, you might wonder if you’ve driven off the edge of the earth and into an episode of the Twilight Zone. Stretching off into the distance are rock, sand, and scrub brush suitable only for sheltering rattlesnakes. You see no evidence of human habitation in this seemingly godforsaken place.

You drive on, all too aware that your cell phone signal died half an hour ago. The nearest town that deserves the name is either 60 miles behind you or 80 miles ahead, and if you run out of gas it could be a very long time before another vehicle happens along to help you. A lone vulture circles overhead. The sun beats down, hot enough to cause you to seriously consider your options. They are few.

But in the distance, in spite of the mirage telling you a silvery lake awaits, you begin to see the faintest hint of human habitation along the arrow-straight highway. Gradually it nears, and at last the trailers and ramshackle buildings of the state line place, formally known as the Border Inn, make themselves known. You have arrived in Nevada – though that would seem, at least to the naked eye, to be a difference without a distinction. 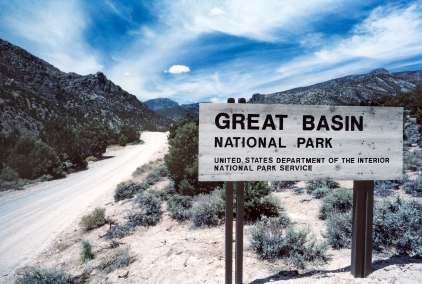 Arguably one of the most remote and least populated regions of the Lower 48, Snake Valley straddles the Utah/Nevada border in the center of the Great Basin. This land of mountain ranges and desert valleys was settled by white men over 150 years ago; but aside from the occasional mine or sheep ranch or cow-calf operation, you wouldn’t know it. The glaringly obvious lack of water probably has a lot to do with it.

After you nervously check with the people in the motel/bar/restaurant/gift shop/gas station/community center to make sure you aren’t lost, and top off your tank with the most expensive gas you’re ever likely to encounter, you continue on west. The desert feels endless, but there does appear to be a sizeable mountain range dead ahead, and at least one peak has a rocky top with some snow. You are encouraged by the sight, as you should be, for the worst is behind you.

Eventually you reach the turn-off to Baker and Great Basin National Park, which you take, and in a few more minutes you arrive at a tiny hamlet. Don’t blink or you’ll miss it. Beware of dogs and small children wandering about. Traffic is an infrequent concern here: you’ll generally only see it when the locals put on a parade of one sort or another. A stop light was recently installed, but no one in the area seems to know precisely why. 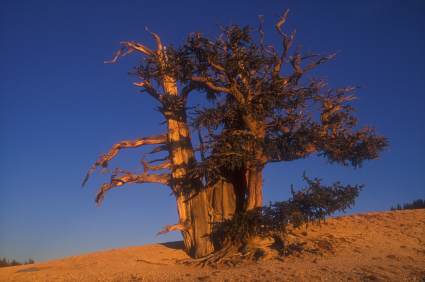 After stopping in at the park headquarters, you’ll want to head up the hill to Lehman Caves and from there to one of the several campgrounds or trail heads that pepper the area. As you gradually climb up the hill, you’ll progress from sagebrush steppe to pinon pine and mountain mahogany. Ponderosa pine, aspen, and finally bristlecone pine habitat await you way up at Wheeler Peak campground.

You have arrived in a secret paradise, known only to the few brave souls who make the trek and the few more who choose to live here. Take a few days to rest, relax, and explore its offerings. Here are caves full of geological wonders, alpine lakes under rocky cirques, and babbling creeks among the aspens and pines. Everywhere you look at lower elevations you see the sagebrush called big sage: Artemisia tridentata, whose fragrance screams Great Basin.

Don’t forget to have dinner at the café in Baker, and chat a while with the locals if you get the chance. They are a friendly bunch, as one would expect – they have a fair bit of time on their hands, and except for during peak summer travel season, they don’t see many strangers. You might even find someone to show you around to a few of the lesser-known area attractions such as abandoned log ranch buildings, quirky road art, or the local fish hatchery.

When you have had your fill of solitude, and legendary starry nights, and a complete lack of cell phone coverage, you will return to the outside world. But you have tasted of this place – and you will never look at your city or suburban life in quite the same way.